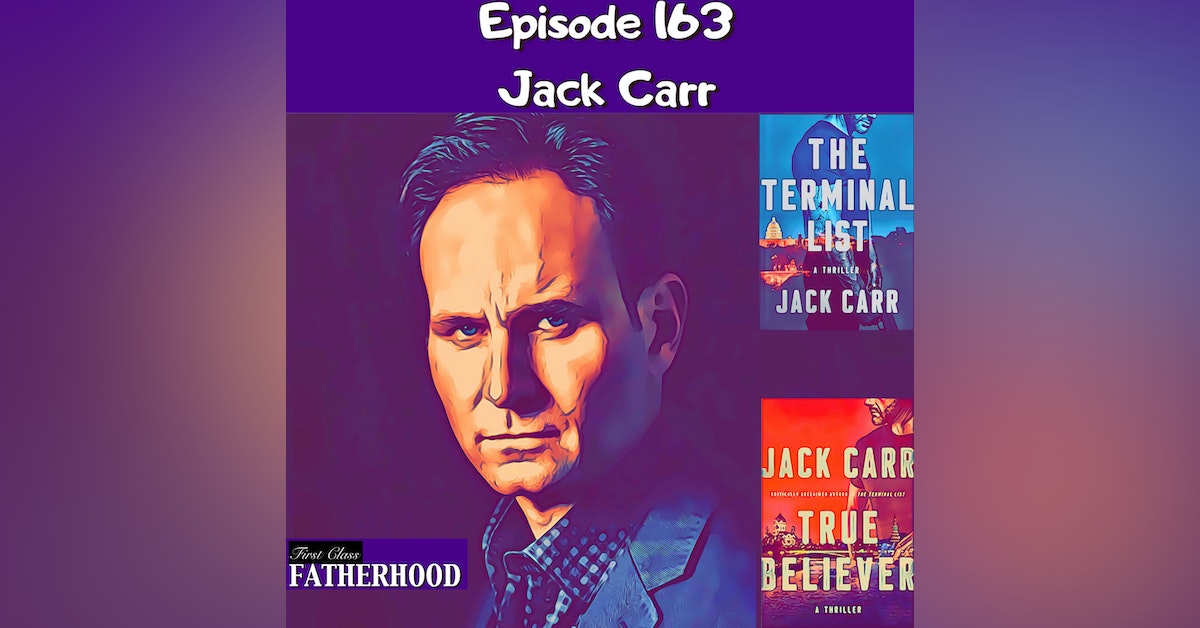 Episode 163 Jack Carr is a First Class Father, Former Navy SEAL and Best Selling Author. His new book True Believer is dropping in July and it is a follow up to The Terminal List which is a Best Selling fictional thriller. Jack Carr is a Combat Veteran who served with the Navy SEALs and led special operations teams as a Team Leader, Platoon Commander, Troop Commander, and Task Unit Commander. Over his twenty years in Naval Special Warfare he transitioned from an enlisted SEAL sniper to a junior officer leading assault and sniper teams in Iraq and Afghanistan, to a platoon commander. Find out more about Jack and his novels here - https://officialjackcarr.com First Class Fatherhood is sponsored by NFW Watch Company SAVE 15% OFF Watches by Visiting NFWonline.com Use Promo Code: FATHER SeatGeek SAVE $20 OFF Tickets by Visiting seatgeek.com Use Promo Code: FIRSTCLASS --- Support this podcast: https://anchor.fm/alec-lace/support