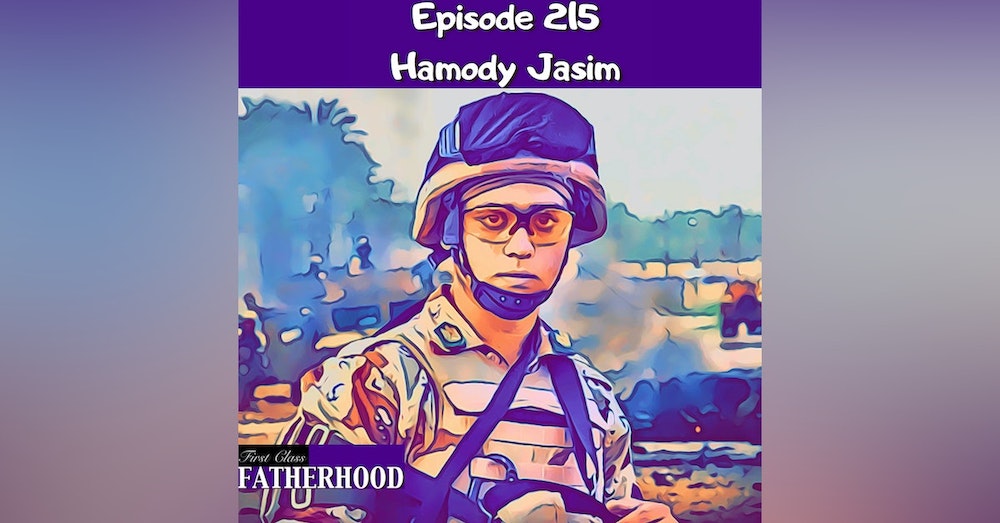 Episode 215 Hamody Jasim is a First Class Father and youngest Sergeant Major Of the Iraq Army who fought alongside US Forces at the height of Global War on Terrorism in Iraq. He was placed in a Saddam Hussein prison and beaten when he was just 12 years old. His story is incredible and recounted in his book The Terrorist Whisperer. A documentary with the same name is currently being screened in select theaters across the country. In this episode Hamody talks about how the experience of becoming a father changed his perspective on life, he tells us about his role in the Iraq War, he offers advice to other Iraqi fathers who have immigrated to the US and gives us his opinion on President Trump’s executive order referred to as the Muslim Ban. Find out more about Hamody - http://theterroristwhisperer.com See a Screening of the film Saturday 6/8/19 American Legion 99 N. Main St Wharton, NJ First Class Fatherhood is sponsored by SeatGeek SAVE $20 OFF Tickets by Visiting seatgeek.com Use Promo Code: FIRSTCLASS Get Paid To Listen To First Class Fatherhood on Podcoin - https://podcoin.app.link/01oVbtv9VV For information about becoming a Sponsor of First Class Fatherhood please hit me with an email: FirstClassFatherhood@gmail.com --- Support this podcast: https://anchor.fm/alec-lace/support