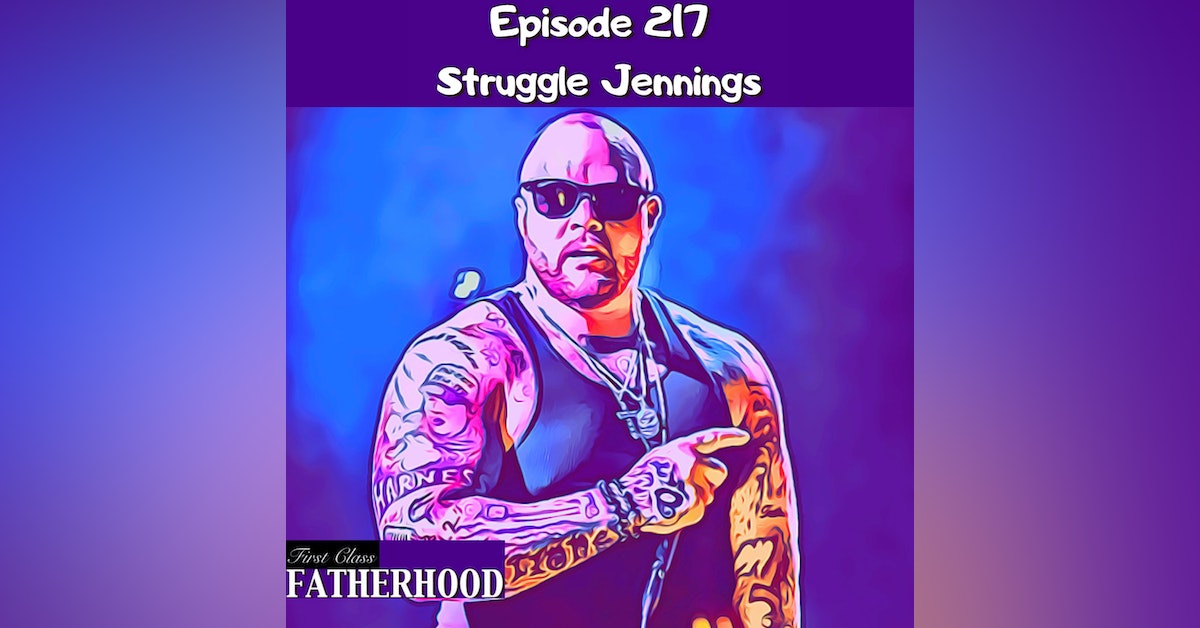 Episode 217 Struggle Jennings is a First Class Father and Country Rap Artist who earlier this year released an album with his daughter, Brianna, titled “Sunny Days” which hit #1 on the Billboard Blues Charts. Struggle spent five years in prison for drug charges and has since transformed his life and message into a positive one that centers around the importance of Fatherhood. He lives with all seven of his children and in this episode he shares his Fatherhood journey, he describes his children’s reaction to him being away for five years and the state of their relationship since his release. He also delivers a powerful message about Fatherhood that all Dads can benefit from. First Class Fatherhood is sponsored by SeatGeek SAVE $20 OFF Tickets by Visiting seatgeek.com Use Promo Code: FIRSTCLASS Get Paid To Listen To First Class Fatherhood on Podcoin - https://podcoin.app.link/01oVbtv9VV Visit my instagram - https://instagram.com/alec_lace?igshid=ebfecg0yvbap A.J. Buckley Diaper Bags - https://papercliplife.com For information about becoming a Sponsor of First Class Fatherhood please hit me with an email: FirstClassFatherhood@gmail.com --- Support this podcast: https://anchor.fm/alec-lace/support