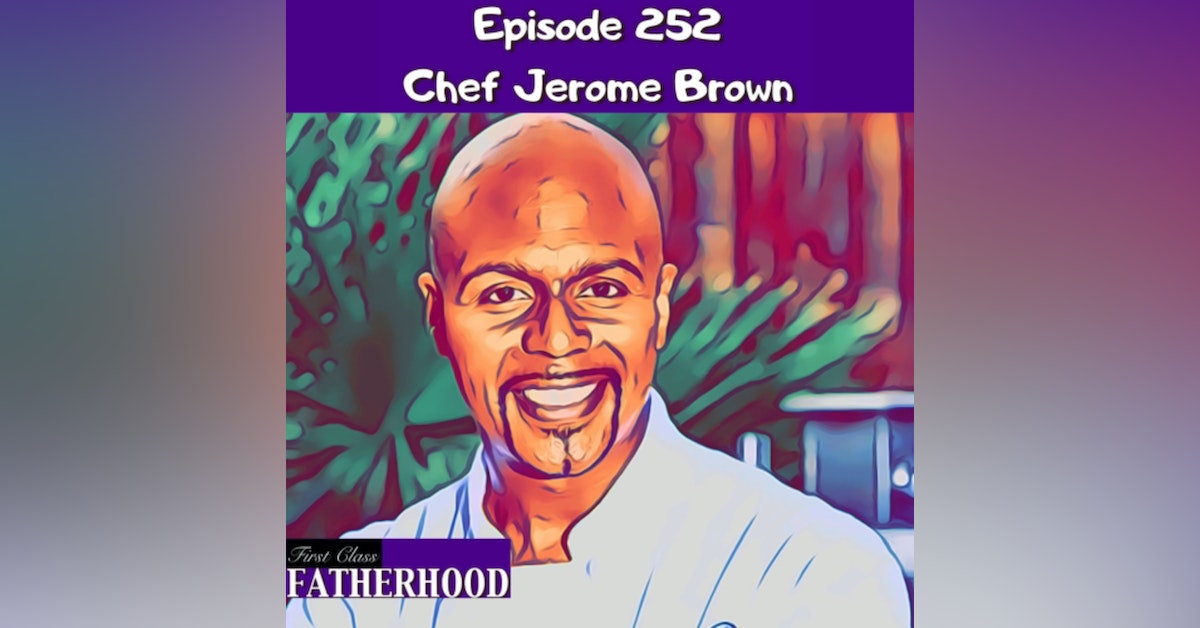 Episode 252 Chef Jerome Brown is a First Class Father and Personal Chef to the Stars. He is a personal chef for celebrities such as; Shaquille O'Neal, Cam Newton, Master P, Colin Powell, Priscilla Presley, Nancy Kerrigan and many more. "Chef Rome" has been featured on several TV networks and publications including The Food Network, ESPN, ABC, NBC, CBS, FOX, Black Enterprise and D Magazine. In 2016 he was ranked the #8 Chef in the world and his cookbook, Eat Like a Celebrity, won Cookbook of the Year. In this Episode, Chef Rome shares his Fatherhood journey, he tells about a childhood experience that sparked his interest in cooking, he offers great advice for parents of kids interested in becoming chefs and tells us about his latest cookbook Eat Like A Celebrity: Southern Cuisine with a Gourmet Twist - https://www.amazon.com/Eat-Like-Celebrity-Southern-Cuisine/dp/149351265X First Class Fatherhood is sponsored by: SeatGeek SAVE $20 OFF Tickets by Visiting seatgeek.com Use Promo Code: FIRSTCLASS First Class Fatherhood Merch - https://shop.spreadshirt.com/first-class-fatherhood-/we+are+not+babysitters-A5d09ea872051763ad613ec8e?productType=812&sellable=3017x1aBoNI8jJe83pw5-812-7&appearance=1 Visit my instagram - https://instagram.com/alec_lace?igshid=ebfecg0yvbap For information about becoming a Sponsor of First Class Fatherhood please hit me with an email: --- Support this podcast: https://anchor.fm/alec-lace/support