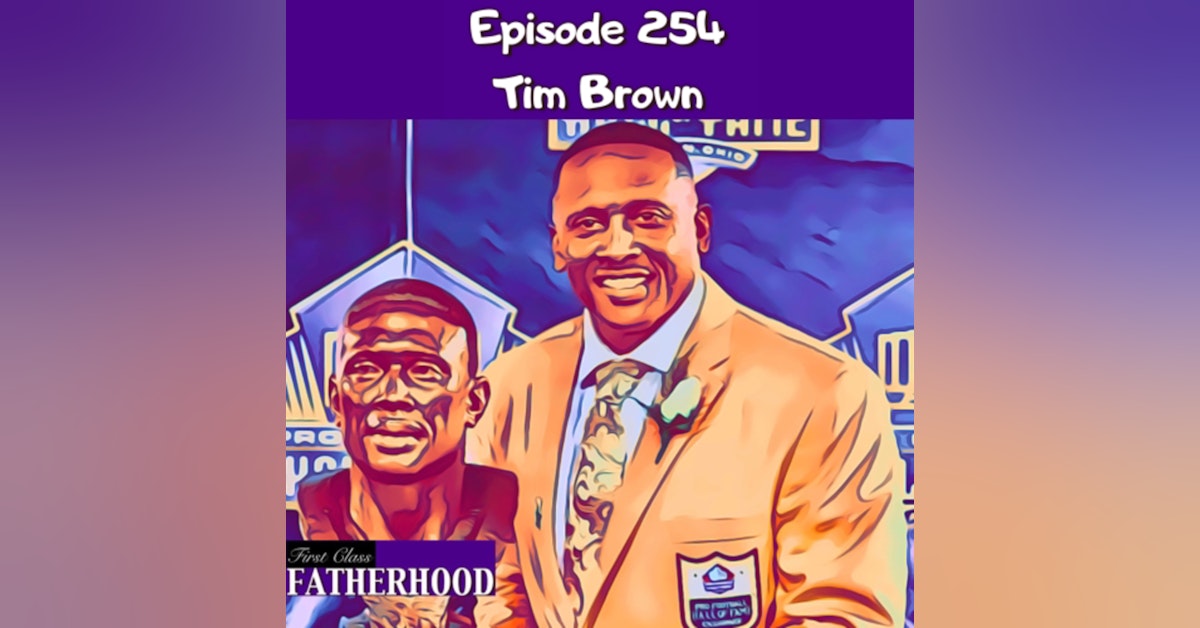 Episode 254 Tim Brown is a First Class Father, Heisman Trophy winner and NFL Hall Of Famer. He played college football for the University of Notre Dame where he won the Heisman Trophy in 1987. He was selected in the first round of the 1988 NFL Draft and played sixteen years for the LA/Oakland Raiders. He was enshrined in the Pro Football Hall Of Fame in 2015. In this Episode, Tim Brown shares his Fatherhood journey, he talks about the values instilled in him by his parents, he discusses what winning the Heisman Trophy and being selected to the Hall Of Fame has meant to his family, he talks about his faith and how he is giving back to kids all across the country, he offers some great advice for new or about to be Dads and more! First Class Fatherhood is sponsored by: SeatGeek SAVE $20 OFF Tickets by Visiting seatgeek.com Use Promo Code: FIRSTCLASS First Class Fatherhood Merch - https://shop.spreadshirt.com/first-class-fatherhood-/we+are+not+babysitters-A5d09ea872051763ad613ec8e?productType=812&sellable=3017x1aBoNI8jJe83pw5-812-7&appearance=1 Visit my instagram - https://instagram.com/alec_lace?igshid=ebfecg0yvbap For information about becoming a Sponsor of First Class Fatherhood please hit me with an email: --- Support this podcast: https://anchor.fm/alec-lace/support