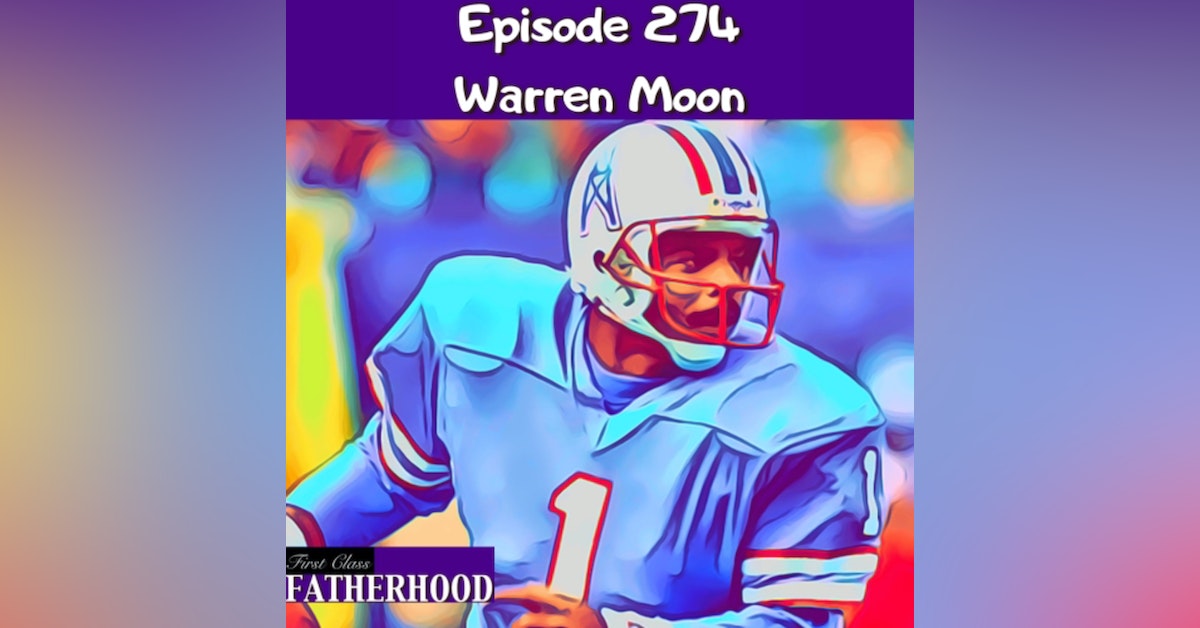 Episode 274 Warren Moon is a First Class Father and NFL Hall Of Fame Quarterback. He is the first undrafted and first African American Quarterback to be enshrined in Canton. He also had an awesome career in the Canadian Football League where he won 5 Grey Cups and was twice named Grey Cup MVP. Warren played most of his NFL career with the Houston Oilers but also spent time with the Vikings, Seahawks and Chiefs. In this Episode, Warren shares his Fatherhood journey which includes 5 kids, he talks about the challenges of playing professional football while being a father, he tells us how growing up without a Father has shaped his own experience as a Dad, he compares himself as a young father and as a father now of his twelve year old son from a new marriage, he talks about the recent charges that were brought against him and how his family handled it, he offers some great advice for new or about to be Dads and more! First Class Fatherhood is sponsored by: STRIKE FORCE ENERGY - Visit https://www.strikeforceenergy.com Use Promo Code: Fatherhood SEATGEEK - Visit https://seatgeek.com Use Promo Code: FIRSTCLASS SAVE $20 OFF Tickets Subscribe on YouTube - https://www.youtube.com/channel/UCCD6cjYptutjJWYlM0Kk6cQ First Class Fatherhood Merch - https://shop.spreadshirt.com/first-class-fatherhood-/we+are+not+babysitters-A5d09ea872051763ad613ec8e?productType=812&sellable=3017x1aBoNI8jJe83pw5-812-7&appearance=1 Follow me on instagram - https://instagram.com/alec_lace?igshid=ebfecg0yvbap For information about becoming a Sponsor of First Class Fatherhood please hit me with an email: FirstClassFatherhood@gmail.com --- Support this podcast: https://anchor.fm/alec-lace/support