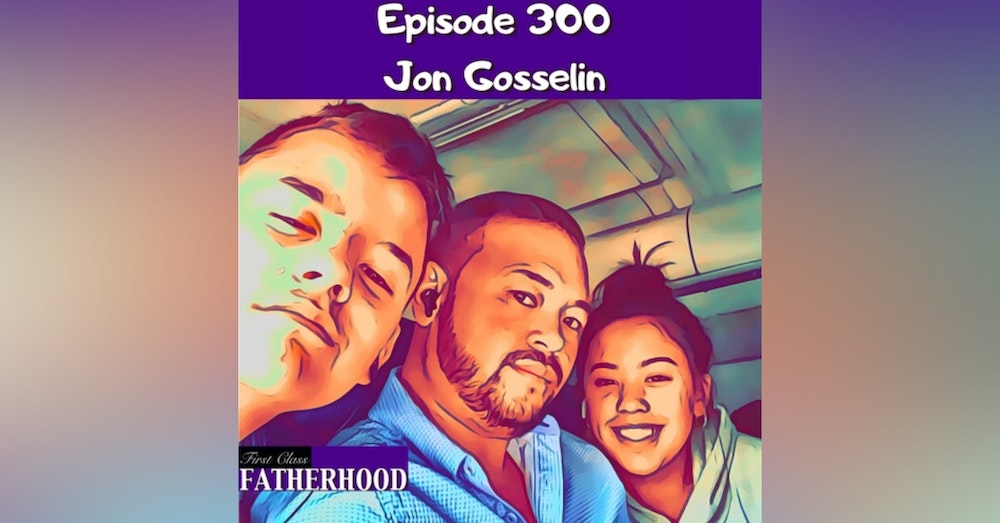 Episode 300 Jon Gosselin is a First Class Father and former Star of the Reality TV Series Jon & Kate Plus 8. He had a highly publicized divorce and was silenced by a gag which prevented him from telling his side of the story. Now with the gag order removed Jon is able to talk about his situation like never before. In this Episode, Jon shares his Fatherhood journey, he talks about the fight to gain custody of his children, he discusses the current situation between the children who live with him and the ones who live with his ex wife, he talks about his recent interview with Dr. Oz, he shares some information about his girlfriend Colleen, he tells us his plans for the future, he offers some great advice for new or about to be Dads and more! Subscribe on YouTube - https://www.youtube.com/channel/UCCD6cjYptutjJWYlM0Kk6cQ More Ways To Listen - https://linktr.ee/alec_lace First Class Fatherhood Merch - https://shop.spreadshirt.com/first-class-fatherhood-/we+are+not+babysitters-A5d09ea872051763ad613ec8e?productType=812&sellable=3017x1aBoNI8jJe83pw5-812-7&appearance=1 Follow me on instagram - https://instagram.com/alec_lace?igshid=ebfecg0yvbap For information about becoming a Sponsor of First Class Fatherhood please hit me with an email: FirstClassFatherhood@gmail.com --- Support this podcast: https://anchor.fm/alec-lace/support