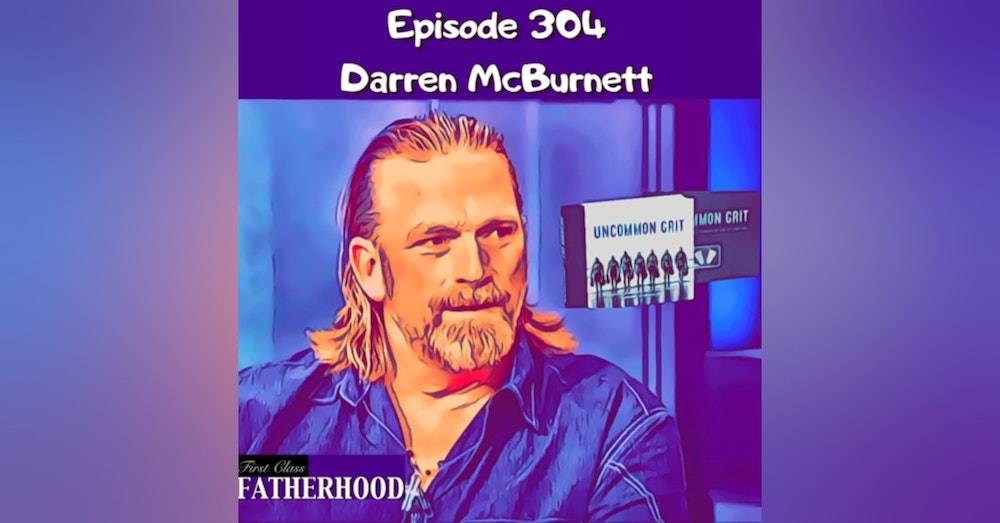 Episode 304 Darren McBurnett is a First Class Father and Retired Navy SEAL who served our nation for 24 years. He has made numerous deployments to combat zones in support of missions such as Operation Iraq Freedom, Operation Enduring Freedom, Kosovo crisis, Liberia, and Operation Inherent Resolve. He was a SEAL platoon leader and senior enlisted advisor; trained and operated with SEAL Teams Two, Four, Eight, One, Three, and SDV (SEAL Delivery Vehicle). He is also a photographer and Author of the Bestselling Book UNCOMMON GRIT. In this Episode, Darren shares his Fatherhood journey, he talks about life since retiring from the SEALs, he discusses his journey into the world of photography and how he goes about taking pictures of his own family, he describes his discipline philosophy as a father and how he has handled his daughter’s boyfriends, he talks about his Bestselling Book UNCOMMON GRIT and how it came about, he tells us his plans for the future, he offers some great advice for new or about to be Dads and more! UNCOMMON GRIT - https://dmcburnett.com Subscribe on YouTube - https://www.youtube.com/channel/UCCD6cjYptutjJWYlM0Kk6cQ More Ways To Listen - https://linktr.ee/alec_lace First Class Fatherhood Merch - https://shop.spreadshirt.com/first-class-fatherhood-/we+are+not+babysitters-A5d09ea872051763ad613ec8e?productType=812&sellable=3017x1aBoNI8jJe83pw5-812-7&appearance=1 Follow me on instagram - https://instagram.com/alec_lace?igshid=ebfecg0yvbap For information about becoming a Sponsor of First Class Fatherhood please hit me with an email: FirstClassFatherhood@gmail.com --- Support this podcast: https://anchor.fm/alec-lace/support