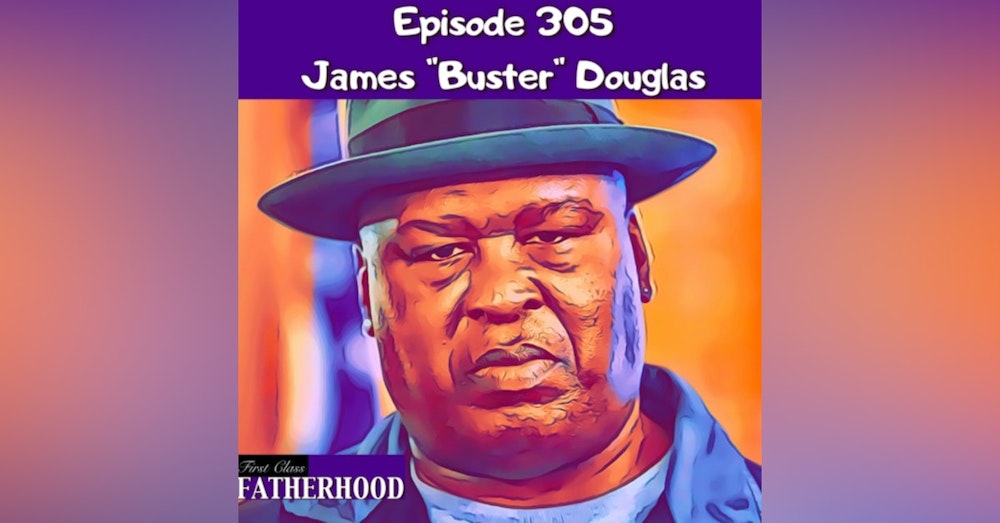 Episode 305 James “Buster” Douglas is a First Class Father and former Undisputed Heavyweight Champion of the world. On February 11,1990 he scored the biggest upset in sports history by knocking out Mike Tyson. At the time Tyson was undefeated and considered to be the best boxers in the world and was feared by most of his previous opponents many of whom he disposed of with a first round knockout. Buster lost his mother a few weeks before his match with Tyson and dedicated his victory to her as well as his father who was a professional boxer as well. In this Episode Buster Douglas shares his Fatherhood journey, he talks about his dad’s reaction to him winning the fight against Tyson, he discusses his role in helping young kids in his community to learn how to box, he gives advice to parents whose kids are interested in a boxing career, he talks about the Fatherless Crisis, he offers some great advice for new or about to be Dads and more! Subscribe on YouTube - https://www.youtube.com/channel/UCCD6cjYptutjJWYlM0Kk6cQ More Ways To Listen - https://linktr.ee/alec_lace First Class Fatherhood Merch - https://shop.spreadshirt.com/first-class-fatherhood-/we+are+not+babysitters-A5d09ea872051763ad613ec8e?productType=812&sellable=3017x1aBoNI8jJe83pw5-812-7&appearance=1 Follow me on instagram - https://instagram.com/alec_lace?igshid=ebfecg0yvbap For information about becoming a Sponsor of First Class Fatherhood please hit me with an email: FirstClassFatherhood@gmail.com --- Support this podcast: https://anchor.fm/alec-lace/support