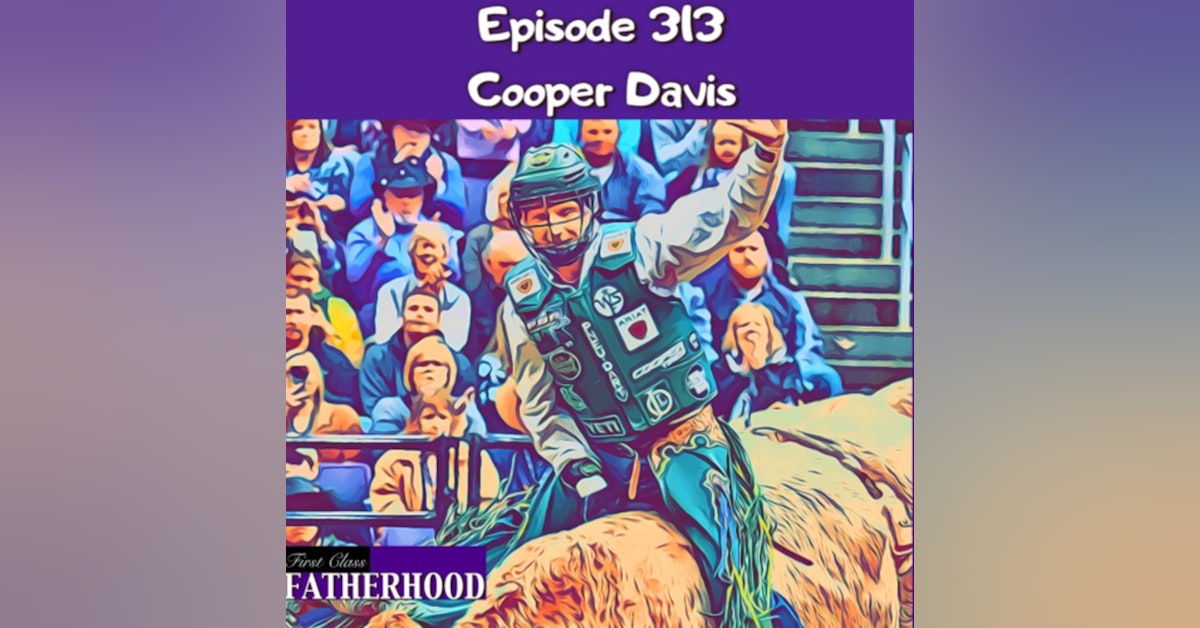 Episode 313 Cooper Davis is a First Class Father and Professional Bull Rider. He has over 300 rides to his credit and in 2016 he was the PBR World Champion. He has earned first place finishes at the Dewalt FlexVolt Invitational, Eugene Invitational, Calgary Stampede and more. In this Episode, Cooper shares his Fatherhood journey which began at age 21 with his wife Kaitlyn, he describes how becoming a Dad at a young age has changed his perspective on life, he details his recent injury and when he expects to be back on the bull, he talks about his own upbringing and how he became interested in bull riding, he offers some great advice for new or about to be Dads and more! Subscribe to First Class Fatherhood on YouTube - https://www.youtube.com/channel/UCCD6cjYptutjJWYlM0Kk6cQ Fruit of the Bean - https://fruitofthebean.com Promo Code: Fatherhood More Ways To Listen - https://linktr.ee/alec_lace First Class Fatherhood Merch - https://shop.spreadshirt.com/first-class-fatherhood-/we+are+not+babysitters-A5d09ea872051763ad613ec8e?productType=812&sellable=3017x1aBoNI8jJe83pw5-812-7&appearance=1 Follow me on instagram - https://instagram.com/alec_lace?igshid=ebfecg0yvbap For information about becoming a Sponsor of First Class Fatherhood please hit me with an email: FirstClassFatherhood@gmail.com --- Support this podcast: https://anchor.fm/alec-lace/support