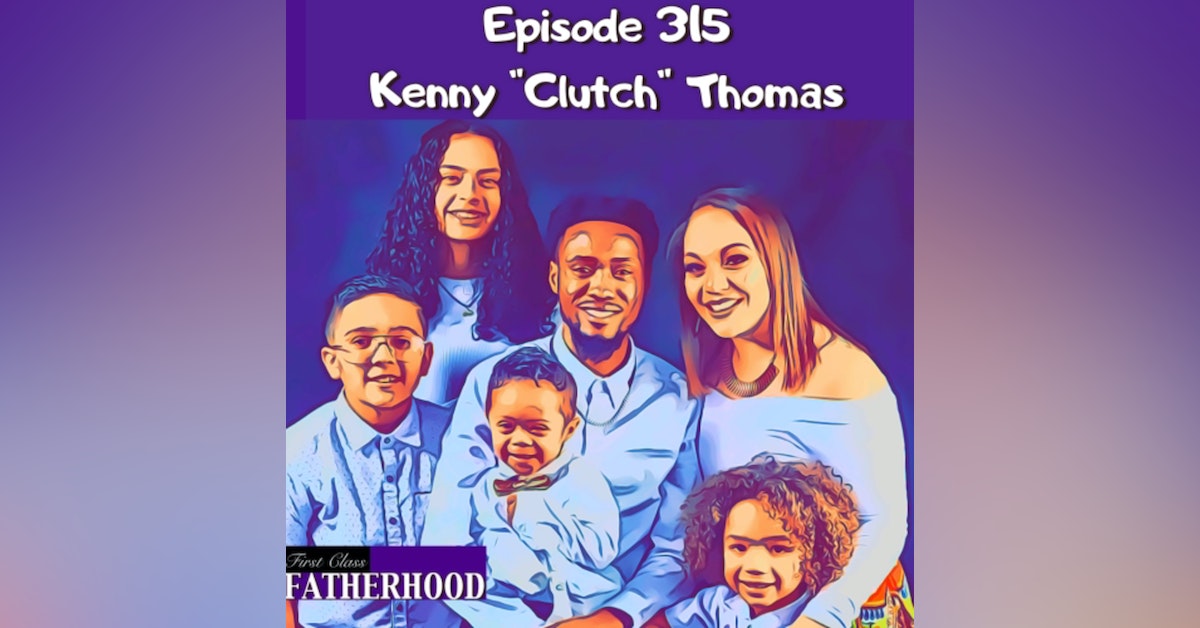 Episode 315 Kenny “Clutch” Thomas is a First Class Father and inspiring motivational speaker known as The Dancing Dad. Kenny became well known around the world when videos of him Dancing with his youngest son went viral. His son Christian was born with autism and later diagnosed with Leukemia. Kenny recorded videos throughout his sons battle with Cancer as well the celebration of his sons triumph over the disease. In this Episode, Kenny shares his Fatherhood journey, he describes the process and experience of finding out about his son's condition, he talks about his faith and how he and his family handled his son’s situation, he details the origin of his motivational speaking career, he talks about the videos that went viral and the outpouring of support he and his family received, he shares his vision for the future, he offers some great advice for new or about to be Dads and more! Subscribe to First Class Fatherhood on YouTube - https://www.youtube.com/channel/UCCD6cjYptutjJWYlM0Kk6cQ Fruit of the Bean - https://fruitofthebean.com Promo Code: Fatherhood More Ways To Listen - https://linktr.ee/alec_lace First Class Fatherhood Merch - https://shop.spreadshirt.com/first-class-fatherhood-/we+are+not+babysitters-A5d09ea872051763ad613ec8e?productType=812&sellable=3017x1aBoNI8jJe83pw5-812-7&appearance=1 Follow me on instagram - https://instagram.com/alec_lace?igshid=ebfecg0yvbap For information about becoming a Sponsor of First Class Fatherhood please hit me with an email: FirstClassFatherhood@gmail.com --- Support this podcast: https://anchor.fm/alec-lace/support