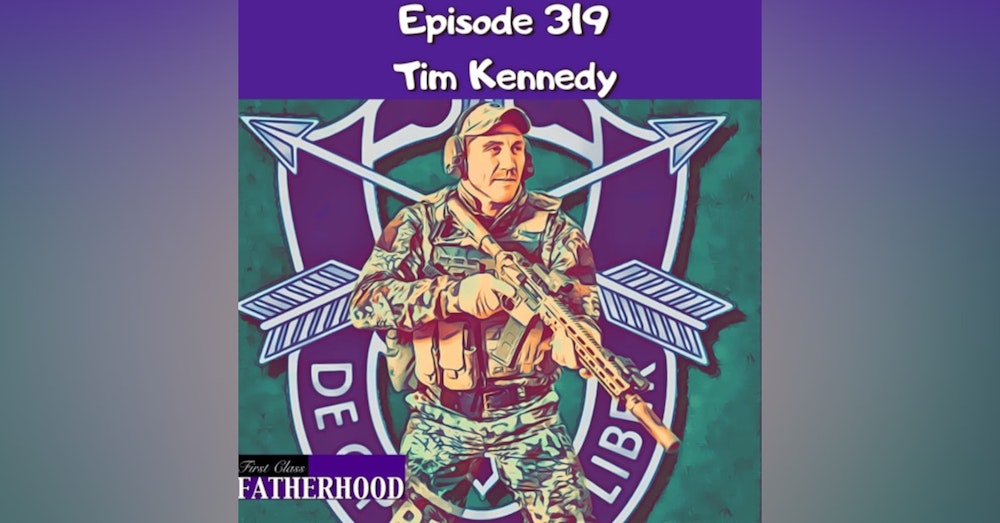 Episode 319 Tim Kennedy is a First Class Father, Active Duty Army Special Forces Green Beret, Professional UFC Fighter, Entrepreneur and more. In 2009 Kennedy transitioned from active duty to the Texas Army National Guard and served in the position of Special Forces Weapons Sergeant. In 2017 he re-enlisted into the US Army Special Forces. He has numerous deployments and many awards including the Bronze Star with Valor for his actions in combat. He is a Black Belt in Brazilian Jiu Jitsu as well as other Martial Arts and has fought in twenty four professional MMA fights winning eighteen of them. In this Episode, Tim shares his Fatherhood journey, he talks about deploying while being a Dad, he discusses his discipline style as a father, he breaks down his thoughts on the Super Bowl Halftime Show and its effect on young girls, he talks about his response to his daughters beginning to date, he offers some great advice for new or about to be Dads and more! SMASHIN’ GREENS - https://masfsupplements.com/products/smashin-greens-superfood-blend Subscribe to First Class Fatherhood on YouTube - https://www.youtube.com/channel/UCCD6cjYptutjJWYlM0Kk6cQ More Ways To Listen - https://linktr.ee/alec_lace First Class Fatherhood Merch - https://shop.spreadshirt.com/first-class-fatherhood-/we+are+not+babysitters-A5d09ea872051763ad613ec8e?productType=812&sellable=3017x1aBoNI8jJe83pw5-812-7&appearance=1 Follow me on instagram - https://instagram.com/alec_lace?igshid=ebfecg0yvbap For information about becoming a Sponsor of First Class Fatherhood please hit me with an email: FirstClassFatherhood@gmail.com --- Support this podcast: https://anchor.fm/alec-lace/support