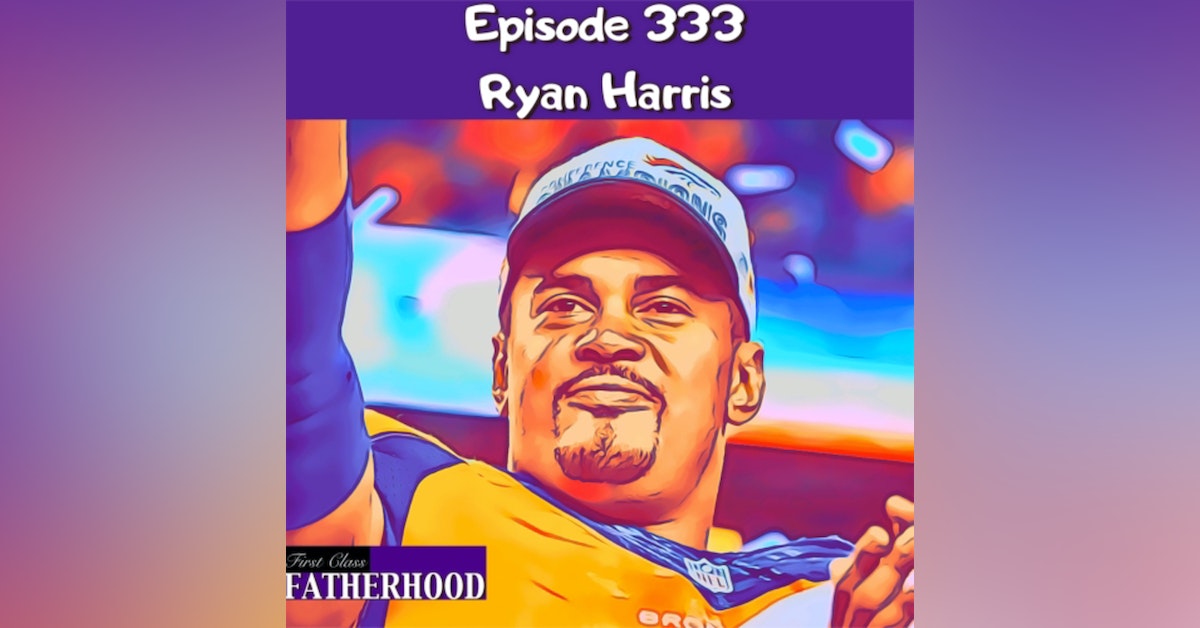 Episode 333 Ryan Harris is a First Class Father, NFL Super Bowl Champion, Bestselling Author and Broadcaster. He played on the offensive line at the University of Notre Dame and was selected in the 3rd round of the 2007 NFL Draft by the Denver Broncos. Ryan went on to play for the Eagles, Texans, Chiefs and Steelers over his 10 year NFL career. Ryan became a Super Champion when he and the Broncos, quarterbacked by Peyton Manning, defeated the Panthers in Super Bowl 50. In this Episode, Ryan shares his Fatherhood journey, he discusses the importance of setting aside time to be yourself as a father and husband, he describes the trouble with pushing kids into sports too early and too often, he talks about the right age he believes kids should start playing tackle football, he tells us about his staycations with his family, the importance of men dating their spouses, he offers some great advice for new or about to be Dads and more! Books by Dads featured on First Class Fatherhood - https://firstclassfatherhood.com/books-by-dads/ Canvas People (PromoCode - Fatherhood) - https://www.canvaspeople.com SMASHIN’ GREENS - https://masfsupplements.com/products/smashin-greens-superfood-blend Subscribe to First Class Fatherhood on YouTube - https://www.youtube.com/channel/UCCD6cjYptutjJWYlM0Kk6cQ More Ways To Listen - https://linktr.ee/alec_lace First Class Fatherhood Merch - https://shop.spreadshirt.com/first-class-fatherhood-/we+are+not+babysitters-A5d09ea872051763ad613ec8e?productType=812&sellable=3017x1aBoNI8jJe83pw5-812-7&appearance=1 Follow me on instagram - https://instagram.com/alec_lace?igshid=ebfecg0yvbap For information about becoming a Sponsor of First Class Fatherhood please hit me with an email: FirstClassFatherhood@gmail.com --- Support this podcast: https://anchor.fm/alec-lace/support