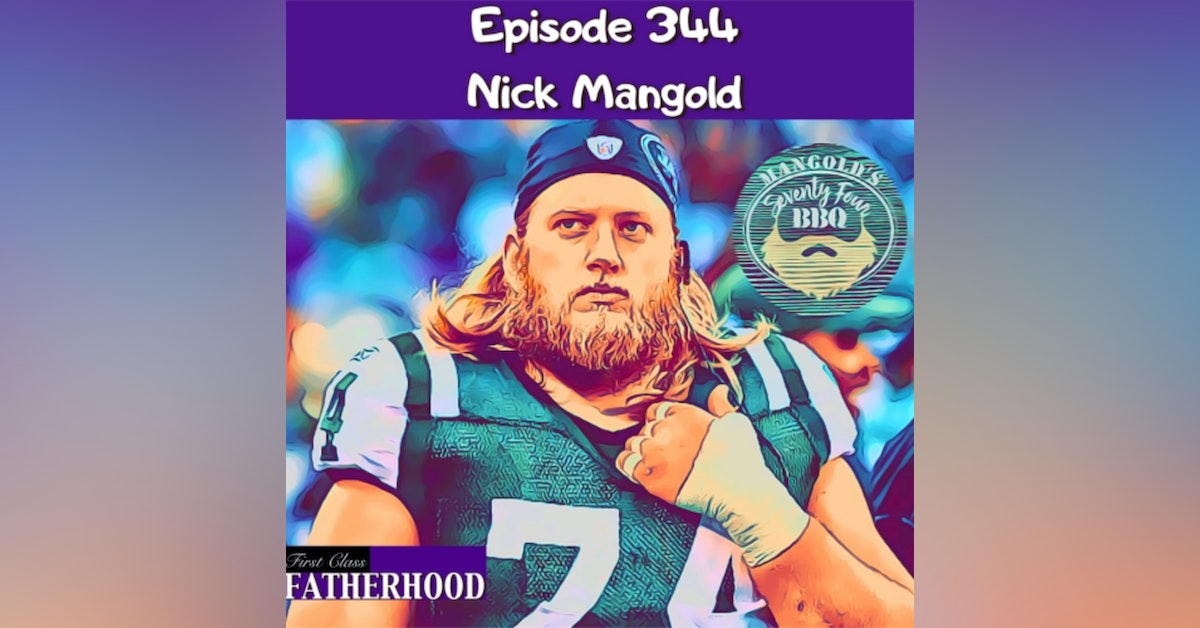 Episode 344 Nick Mangold is a First Class Father and Retired All Pro NFL Center. Nick played college football at Ohio State and was selected in the first round of the 2006 NFL Draft by the NY Jets. He played 11 years for the Jets and was elected to 7 Pro Bowls. Nick now makes an incredible BBQ Sauce called Mangold’s 74 in which he donates a portion of every sale to the families of fallen NYC First Responders. In this Episode, Nick shares his Fatherhood journey which includes four children, he discusses his transition from the football field to entrepreneur life, he gives his thoughts on young kids playing tackle football, he talks about how he disciplines his kids, he describes his BBQ Sauce and how it is tied in to his children, he offers some great advice for new or about to be Dads and more! Mangold’s 74 BBQ Sauce - https://seventyfourbbq.com Manscaped - https://www.manscaped.com Promo Code: Father Let’sGetChecked - https://letsgetchecked.7no9.net/c/2191850/507335/8695?&u=https%3A%2F%2Fwww.letsgetchecked.com%2Fhome-male-hormone-test%2F&sharedid=firstclass Promo Code: Class20 Books by Dads featured on First Class Fatherhood - https://firstclassfatherhood.com/books-by-dads/ Subscribe to First Class Fatherhood on YouTube - https://www.youtube.com/channel/UCCD6cjYptutjJWYlM0Kk6cQ More Ways To Listen - https://linktr.ee/alec_lace First Class Fatherhood Merch - https://shop.spreadshirt.com/first-class-fatherhood-/we+are+not+babysitters-A5d09ea872051763ad613ec8e?productType=812&sellable=3017x1aBoNI8jJe83pw5-812-7&appearance=1 Follow me on instagram - https://instagram.com/alec_lace?igshid=ebfecg0yvbap For information about becoming a Sponsor of First Class Fatherhood please hit me with an email: FirstClassFatherhood@gmail.com --- Support this podcast: https://anchor.fm/alec-lace/support