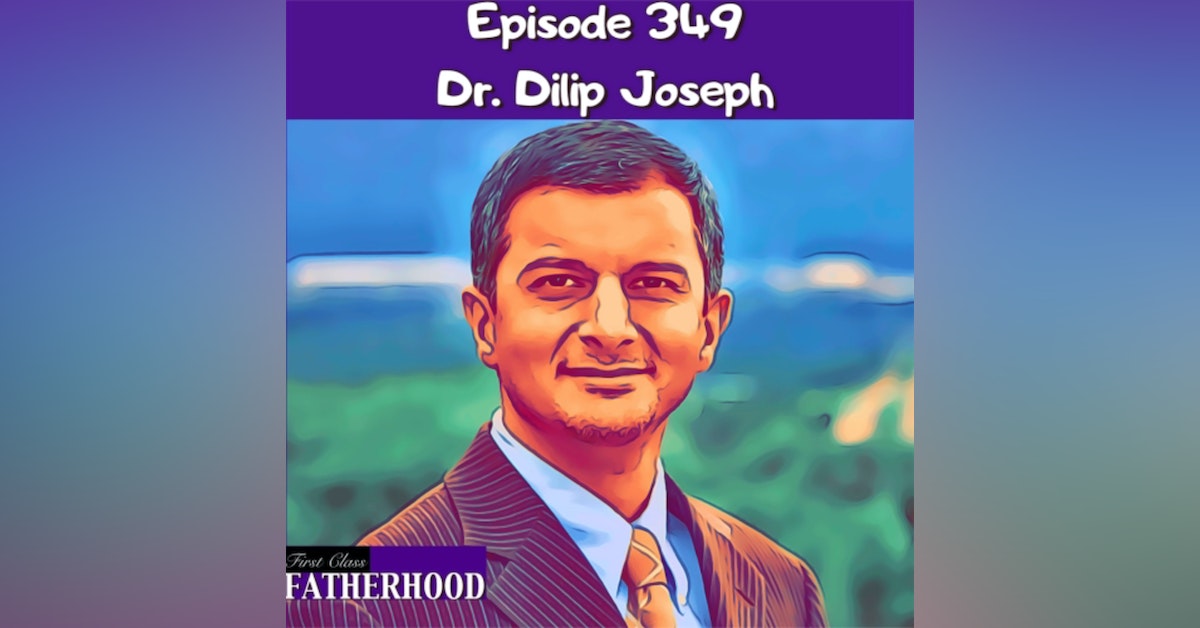 Episode 349 Dr. Dilip Joseph is a First Class Father who was captured and held hostage by the Taliban back in 2012 while he was in Afghanistan working with other members of Morning Star Development to train local health care workers. The US military sent in the most elite special forces operation unit SEAL Team Six to rescue Dr. Joseph. Sadly, America lost a hero as Navy SEAL Nicolas Checque was shot and killed during the rescue mission. Checque’s Teammate, Ed Byers shielded Dr. Joseph as bullets filled the room. Dr. Joseph was saved and Byers earned the Medal of Honor. In this Episode, Dr. Dilip Joseph shares his Fatherhood journey, he describes his thoughts as a dad while being held hostage by the Taliban, he discusses the differences and similarities between Afghan and American Dads, he talks about his children’s response to the incident, he expresses his gratitude for the SEALs who saved his life, he tells us his plans for the future, he offers some great advice for new or about to be Dads and more! Kidnapped by the Taliban: A Story of Terror, Hope, and Rescue by SEAL Team Six - https://www.amazon.com/Kidnapped-Taliban-Story-Terror-Rescue/dp/0718093038 Manscaped - https://www.manscaped.com Promo Code: Father Books by Dads featured on First Class Fatherhood - https://firstclassfatherhood.com/books-by-dads/ Subscribe to First Class Fatherhood on YouTube - https://www.youtube.com/channel/UCCD6cjYptutjJWYlM0Kk6cQ More Ways To Listen - https://linktr.ee/alec_lace First Class Fatherhood Merch - https://shop.spreadshirt.com/first-class-fatherhood-/we+are+not+babysitters-A5d09ea872051763ad613ec8e?productType=812&sellable=3017x1aBoNI8jJe83pw5-812-7&appearance=1 Follow me on instagram - https://instagram.com/alec_lace?igshid=ebfecg0yvbap For information about becoming a Sponsor of First Class Fatherhood please hit me with an email: FirstClassFatherhood@gmail.com --- Support this podcast: https://anchor.fm/alec-lace/support