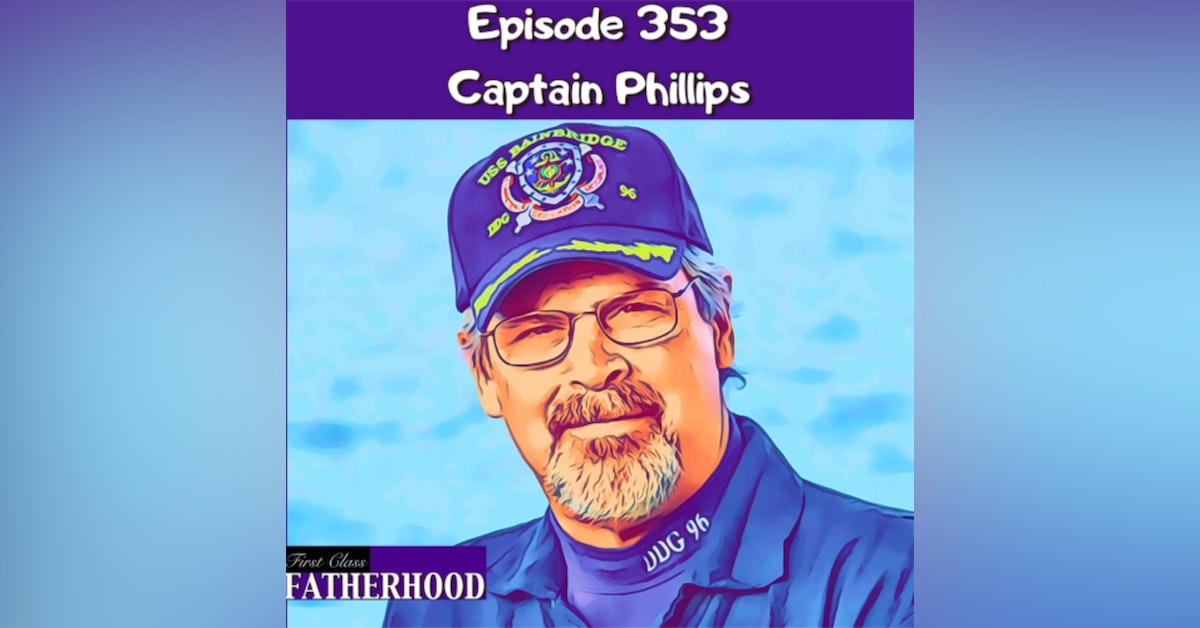 Episode 353 Captain Richard Phillips is a First Class Father and retired Merchant Mariner who was kidnapped by Somali pirates during the hijacking of the Maersk Alabama in 2009. He was held hostage in a lifeboat until Navy SEAL snipers from DEVGRU killed all three pirates and rescued him. The event was immortalized in the major motion picture, Captain Phillips, with Tom Hanks playing the role of Phillips. The film was based on the best selling book, A Captain's Duty: Somali Pirates, Navy SEALs, and Dangerous Days at Sea. In this Episode, Captain Phillips shares his Fatherhood journey, he discusses the hijacking and how it affected him as a dad, he describes his family’s reaction to the kidnapping, rescue and movie, he talks about the importance of Merchant Mariners and how he is working to get young men and women interested, he tells us what he knew about SEAL Team Six before they came to his rescue, he offers some great advice for new or about to be Dads and more! A Captain's Duty: Somali Pirates, Navy SEALs, and Dangerous Days at Sea - https://www.amazon.com/Captains-Duty-Somali-Pirates-Dangerous/dp/1401310443 Lumen - https://www.lumen.me Promo Code - Fatherhood25 Manscaped - https://www.manscaped.com Promo Code: Father Books by Dads featured on First Class Fatherhood - https://firstclassfatherhood.com/books-by-dads/ Subscribe to First Class Fatherhood on YouTube - https://www.youtube.com/channel/UCCD6cjYptutjJWYlM0Kk6cQ More Ways To Listen - https://linktr.ee/alec_lace First Class Fatherhood Merch - https://shop.spreadshirt.com/first-class-fatherhood-/we+are+not+babysitters-A5d09ea872051763ad613ec8e?productType=812&sellable=3017x1aBoNI8jJe83pw5-812-7&appearance=1 Follow me on instagram - https://instagram.com/alec_lace?igshid=ebfecg0yvbap For information about becoming a Sponsor of First Class Fatherhood please hit me with an email: FirstClassFatherhood@gmail.com --- Support this podcast: https://anchor.fm/alec-lace/support