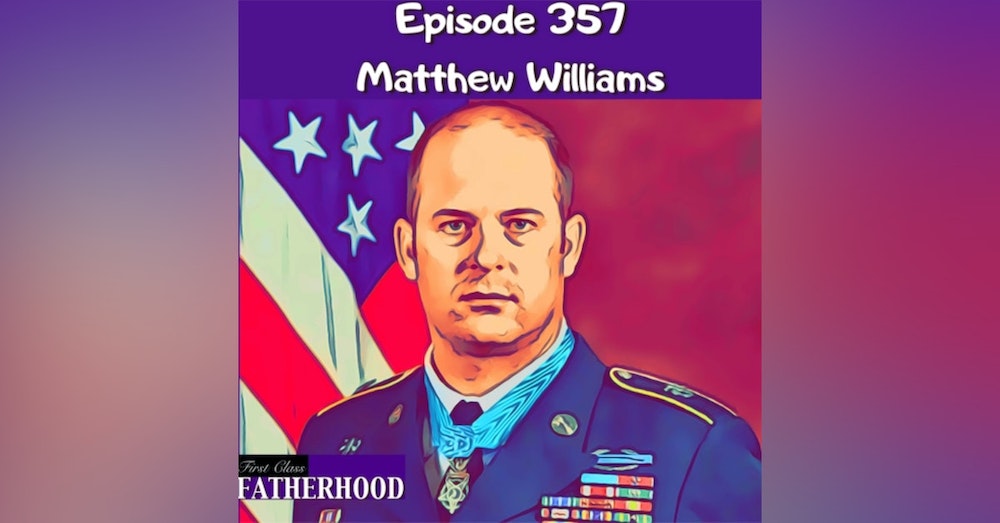 Episode 357 Matthew Williams is a First Class Father, Green Beret and Medal of Honor Recipient. Matt received the military’s highest award for his courageous actions in Afghanistan during The Battle Shok Valley. The Battle lasted more than seven hours after Matt and his team were ambushed by over 200 enemy insurgents. Matt and his team from the Army’s 3rd Special Forces Group overcame incredible odds and resulted in Matt and teammate Ronald Shurer receiving the Medal of Honor and eight others receiving the Silver Star. In this Episode, Matt shares his Fatherhood journey, he discusses the Medal of Honor ceremony and what it meant to have his wife present for it, he describes the difference of his earlier deployments and deploying as a dad, he gives advice for parents who have kids getting ready to join the military, he talks about the values he hopes to instill in his son, he offers some great advice for new or about to be Dads and more! Matt’s Medal Of Honor Ceremony - https://youtu.be/IzTiH5C4oR4 Books by Dads featured on First Class Fatherhood - https://firstclassfatherhood.com/books-by-dads/ Subscribe to First Class Fatherhood on YouTube - https://www.youtube.com/channel/UCCD6cjYptutjJWYlM0Kk6cQ More Ways To Listen - https://linktr.ee/alec_lace First Class Fatherhood Merch - https://shop.spreadshirt.com/first-class-fatherhood-/we+are+not+babysitters-A5d09ea872051763ad613ec8e?productType=812&sellable=3017x1aBoNI8jJe83pw5-812-7&appearance=1 Follow me on instagram - https://instagram.com/alec_lace?igshid=ebfecg0yvbap For information about becoming a Sponsor of First Class Fatherhood please hit me with an email: FirstClassFatherhood@gmail.com --- Support this podcast: https://anchor.fm/alec-lace/support