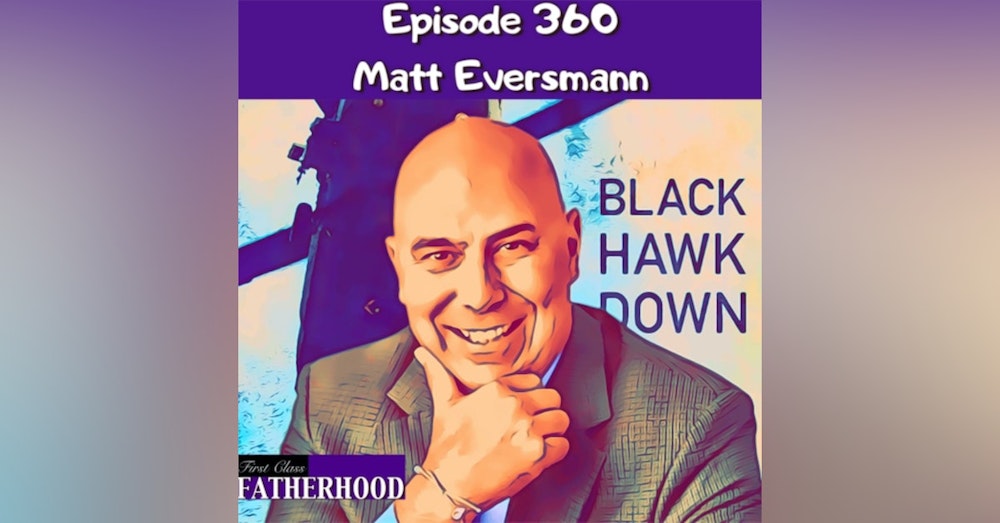 Episode 360 Matt Eversmann is a First Class Father and Retired Army Ranger. Matt served in the Third Battalion, Seventy Fifth Ranger Regiment as a Sergeant during the 1993 Battle Of Mogadishu which was immortalized in the movie “Black Hawk Down”. For his courageous actions during the battle, Matt received several awards including the Bronze Star Medal with Valor. Matt continued to serve long after the Battle of Mogadishu with his final deployment in 2006 to Iraq during the surge. In this Episode, Matt shares his Fatherhood journey, he discusses the difference of deploying as a single guy as opposed to being a married with a child, he describes the feeling of watching Black Hawk Down with his daughter for the first time, he talks about an upcoming book he wrote with James Patterson, he tells us how he handles discipline as a dad as well as boys who wish to date his daughter, he offers some great advice for new or about to be Dads and more! MANSCAPED - https://www.manscaped.com Promo Code - Father MELIN HAT - https://www.melinbrand.com/products/hydro-trenches-united-mens-snapback-hat?_pos=1&_sid=c465880b1&_ss=r Books by Dads featured on First Class Fatherhood - https://firstclassfatherhood.com/books-by-dads/ Subscribe to First Class Fatherhood on YouTube - https://www.youtube.com/channel/UCCD6cjYptutjJWYlM0Kk6cQ More Ways To Listen - https://linktr.ee/alec_lace First Class Fatherhood Merch - https://shop.spreadshirt.com/first-class-fatherhood-/we+are+not+babysitters-A5d09ea872051763ad613ec8e?productType=812&sellable=3017x1aBoNI8jJe83pw5-812-7&appearance=1 Follow me on instagram - https://instagram.com/alec_lace?igshid=ebfecg0yvbap For information about becoming a Sponsor of First Class Fatherhood please hit me with an email: FirstClassFatherhood@gmail.com --- Support this podcast: https://anchor.fm/alec-lace/support