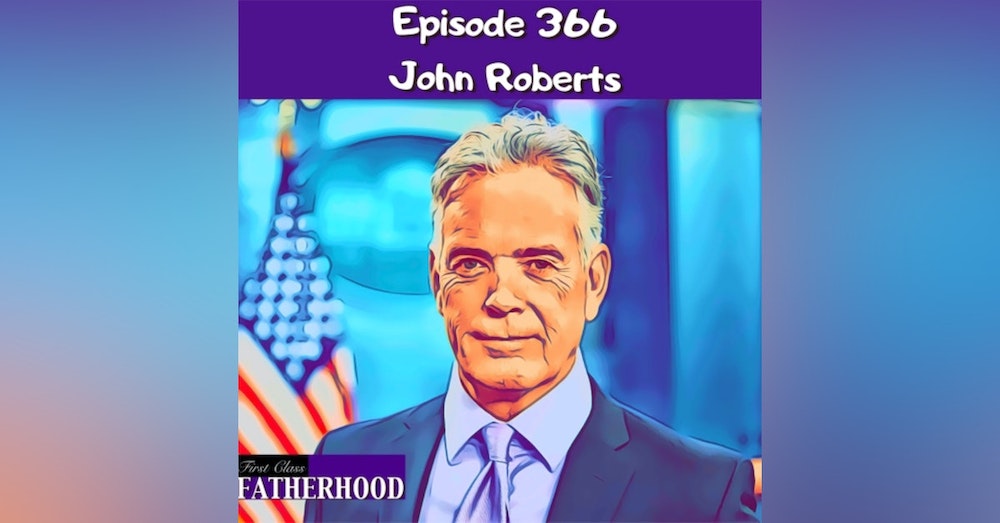 Episode 366 John Roberts is a First Class Father and Fox News Channel’s Chief White House Correspondent. Roberts started his career as a co-host on the music newsmagazine The NewMusic on CITY-TV before serving as an entertainment reporter for CITY-TV and finally fronting Canada's music channel MuchMusic. Before he became the Chief White House Correspondent Roberts was at CNN where he was an anchor and Senior National Correspondent. His wife Kyra Phillips is an award winning journalist who currently works for ABC. In this Episode, John shares his Fatherhood journey which includes two adult kids from a previous marriage and a set of twins with Kyra, he describes the difference of being a dad now as opposed to being a dad in his twenties, he discusses the impact of growing up without his father who died when he was very young, he talks about the contrast of him and his wife working for two different news outlets and how they make it work, he recounts the time him was embedded with the US Troops during the Iraq invasion and how it effected him as a dad, he offers some great advice for new or about to be Dads and more! BOTTLE BREACHER - https://bottlebreacher.com Promo Code - Fatherhood MANSCAPED - https://www.manscaped.com Promo Code - Father Books by Dads featured on First Class Fatherhood - https://firstclassfatherhood.com/books-by-dads/ Subscribe to First Class Fatherhood on YouTube - https://www.youtube.com/channel/UCCD6cjYptutjJWYlM0Kk6cQ More Ways To Listen - https://linktr.ee/alec_lace First Class Fatherhood Merch - https://shop.spreadshirt.com/first-class-fatherhood-/we+are+not+babysitters-A5d09ea872051763ad613ec8e?productType=812&sellable=3017x1aBoNI8jJe83pw5-812-7&appearance=1 Follow me on instagram - https://instagram.com/alec_lace?igshid=ebfecg0yvbap For information about becoming a Sponsor of First Class Fatherhood please hit me with an email: FirstClassFatherhood@gmail.com --- Support this podcast: https://anchor.fm/alec-lace/support