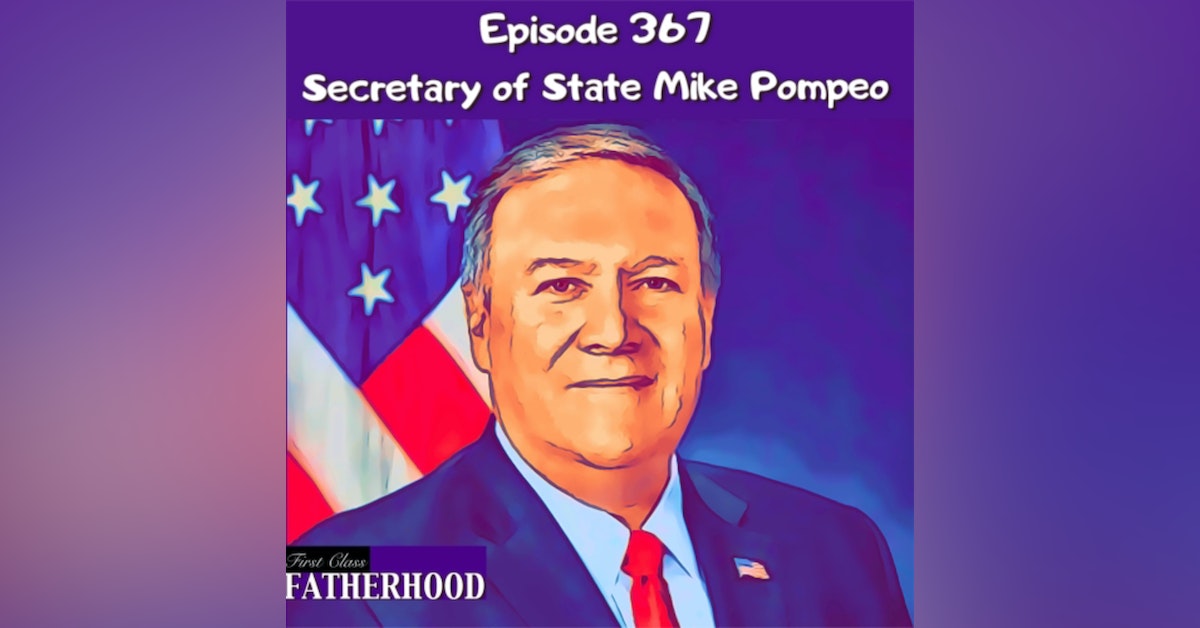 Episode 367 Secretary of State Mike Pompeo is a First Class Father, Veteran and former Congressman. In 2018, Pompeo became the 70th Secretary of State. Prior to becoming Secretary of State, Mike Pompeo served as Director of the Central Intelligence Agency and before that he was a member of the U.S. House of Representatives from Kansas's 4th district. Secretary Pompeo finished first in his class from the United States Military Academy at West Point. He left the US Army at the rank of Captain. In this Episode, Secretary Pompeo shares his Fatherhood journey, he describes his discipline style as a father, he discusses the importance of the family unit and faith, he talks about the advice he gave his son Nick about dating, he tells us his idea of a perfect Father’s Day, he offers some great advice for new or about to be Dads and more! BOTTLE BREACHER - https://bottlebreacher.com Promo Code - Fatherhood MANSCAPED - https://www.manscaped.com Promo Code - Father Books by Dads featured on First Class Fatherhood - https://firstclassfatherhood.com/books-by-dads/ Subscribe to First Class Fatherhood on YouTube - https://www.youtube.com/channel/UCCD6cjYptutjJWYlM0Kk6cQ More Ways To Listen - https://linktr.ee/alec_lace First Class Fatherhood Merch - https://shop.spreadshirt.com/first-class-fatherhood-/we+are+not+babysitters-A5d09ea872051763ad613ec8e?productType=812&sellable=3017x1aBoNI8jJe83pw5-812-7&appearance=1 Follow me on instagram - https://instagram.com/alec_lace?igshid=ebfecg0yvbap For information about becoming a Sponsor of First Class Fatherhood please hit me with an email: FirstClassFatherhood@gmail.com --- Support this podcast: https://anchor.fm/alec-lace/support