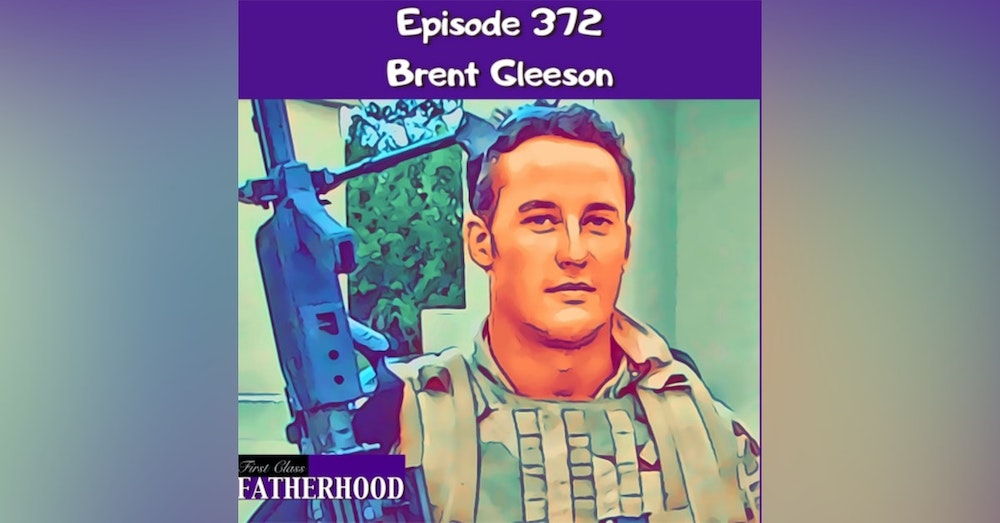 Episode 372 Brent Gleeson is a First Class Father, Author, Speaker, Entrepreneur and former Navy SEAL. This is Brent’s second time on First Class Fatherhood and it’s an honor to have him back. The last time he was on the podcast was Episode 77. As a member of SEAL Team 5, Gleeson's platoon had some of the first SEALs deployed to Iraq in early 2003. He served several tours in Iraq, Africa, and other theaters of war. After returning to civilian life, he built award-winning, multi-million dollar organizations that were repeatedly named in the Inc. 500 list of fastest growing private companies. In this Episode, Brent updates us on his growing family with some exciting news, he talks about his upcoming book “Embrace The Suck” which drops in December 2020 featuring a foreword written by David Goggins, he describes his new business venture Veteran Wellness, he discusses the current climate of the country and how he talks about it with his kids particularly his teenage son, he mentions the changes both professionally and personally he has made as a result of the pandemic, he offers some great advice for new or about to be Dads and more! Pre-Order “Embrace The Suck” - https://www.amazon.com/Embrace-Suck-Navy-SEAL-Extraordinary/dp/0306846330 BOTTLE BREACHER - https://bottlebreacher.com Promo Code - Fatherhood MANSCAPED - https://www.manscaped.com Promo Code - Father Books by Dads featured on First Class Fatherhood - https://firstclassfatherhood.com/books-by-dads/ Subscribe to First Class Fatherhood on YouTube - https://www.youtube.com/channel/UCCD6cjYptutjJWYlM0Kk6cQ More Ways To Listen - https://linktr.ee/alec_lace First Class Fatherhood Merch - https://shop.spreadshirt.com/first-class-fatherhood-/we+are+not+babysitters-A5d09ea872051763ad613ec8e?productType=812&sellable=3017x1aBoNI8jJe83pw5-812-7&appearance=1 Follow me on instagram - https://instagram.com/alec_lace?igshid=ebfecg0yvbap For information about becoming a Sponsor of First Class Fatherhood please hit me with an email: FirstClassFatherhood@gmail.com --- Support this podcast: https://anchor.fm/alec-lace/support