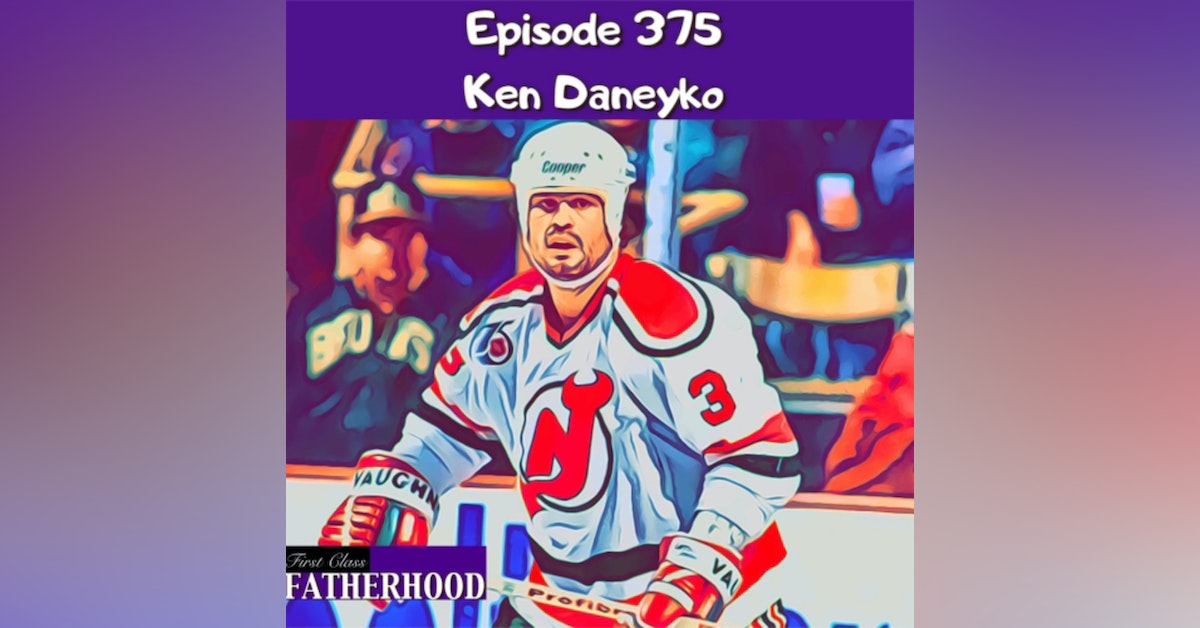 Episode 375 Ken Daneyko is a First Class Father and Legendary NHL Defenseman. Daneyko was drafted by the New Jersey Devils in the first round of the 1982 NHL and played his entire twenty year career with the organization earning the nickname Mr. Devil by the fans. Daneyko is a three-time Stanley Cup Champion who is best known for his bone crushing hits and many fights on the ice. In 2006, the New Jersey Devils retired his number 3 jersey cementing his legacy as one of the all time greats. He is currently a commentator for the NJ Devils. In this Episode, Daneyko shares his Fatherhood journey, he discusses the impact and importance of becoming a father, he raves about his talented son and the difference in their passions, he tells a funny story about the boys who pursued his daughter, he describes the feeling of having his number retired with his kids present, he talks about his involvement with the Center for Great Expectations which helps young addicted pregnant women, he discusses his relationship with his kids now that they’re adults, he hits on the upcoming continuation of the NHL Season, he offers some great advice for new or about to be Dads and more! Center for Great Expectations - https://www.cge-nj.org BOTTLE BREACHER - https://bottlebreacher.com Promo Code - Fatherhood MANSCAPED - https://www.manscaped.com Promo Code - Father Books by Dads featured on First Class Fatherhood - https://firstclassfatherhood.com/books-by-dads/ Subscribe to First Class Fatherhood on YouTube - https://www.youtube.com/channel/UCCD6cjYptutjJWYlM0Kk6cQ More Ways To Listen - https://linktr.ee/alec_lace First Class Fatherhood Merch - https://shop.spreadshirt.com/first-class-fatherhood-/we+are+not+babysitters-A5d09ea872051763ad613ec8e?productType=812&sellable=3017x1aBoNI8jJe83pw5-812-7&appearance=1 Follow me on instagram - https://instagram.com/alec_lace?igshid=ebfecg0yvbap For information about becoming a Sponsor of First Class Fatherhood please hit me with an email: FirstClassFatherhood@gmail.com --- Support this podcast: https://anchor.fm/alec-lace/support