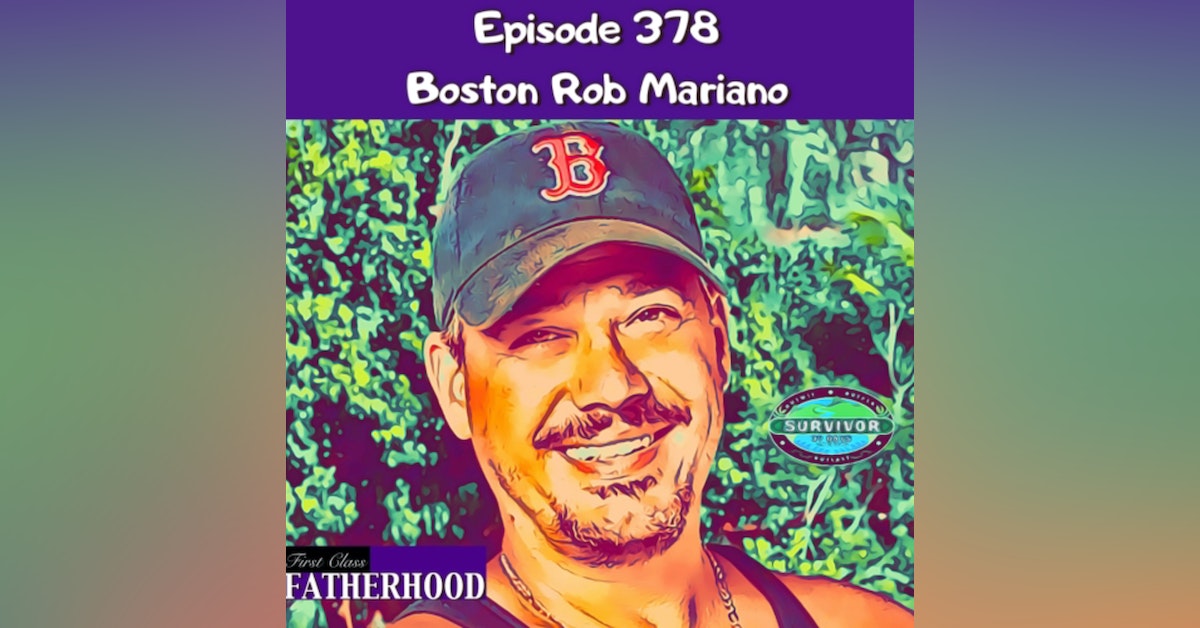 Episode 378 Boston Rob Mariano is a First Class Father and Reality TV Show Legend who has spent more time on Survivor Islands then any other contestant on the CBS smash hit reality show. He met his future wife, Amber, on the 8th Season in which she was declared the Sole Survivor and Rob finished as runner up. Rob won the show's 22nd season Survivor: Redemption Island and most recently competed on Survivor: Winners at War. Rob and his wife Amber have competed twice on another popular CBS Reality show The Amazing Race. The couple’s wedding was a two hour CBS special event Rob and Amber Get Married. In this Episode, Rob shares his Fatherhood journey which includes four daughters, he describes the experience of competing with and against his wife on reality TV, he discusses the values he hopes to instill in his girls, he talks about his kids reaction to being a part of the latest Survivor show, he tells us if he plans to compete again on Reality TV and weather or not he and Amber plan on having more kids, he offers some great advice for new or about to be Dads and more! BOTTLE BREACHER - https://bottlebreacher.com Promo Code - Fatherhood MANSCAPED - https://www.manscaped.com Promo Code - Father Books by Dads featured on First Class Fatherhood - https://firstclassfatherhood.com/books-by-dads/ Subscribe to First Class Fatherhood on YouTube - https://www.youtube.com/channel/UCCD6cjYptutjJWYlM0Kk6cQ More Ways To Listen - https://linktr.ee/alec_lace First Class Fatherhood Merch - https://shop.spreadshirt.com/first-class-fatherhood-/we+are+not+babysitters-A5d09ea872051763ad613ec8e?productType=812&sellable=3017x1aBoNI8jJe83pw5-812-7&appearance=1 Follow me on instagram - https://instagram.com/alec_lace?igshid=ebfecg0yvbap For information about becoming a Sponsor of First Class Fatherhood please hit me with an email: FirstClassFatherhood@gmail.com --- Support this podcast: https://anchor.fm/alec-lace/support