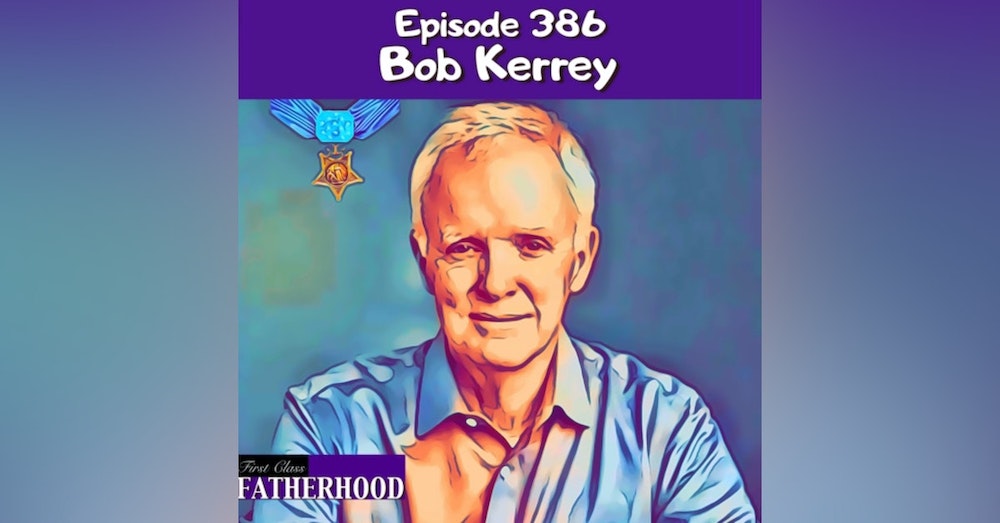 Episode 386 Bob Kerrey is a First Class Father, Former Navy SEAL, Former US Senator of Nebraska and Medal of Honor Recipient. He was wounded in combat during the Vietnam War and awarded the Congressional Medal of Honor for his courageous actions under fire. He served as Governor for four years before being elected to the U.S. Senate, where he served from 1989 through 2001. In 2002 he published a memoir "When I Was A Young Man." In this episode, Bob Kerrey shares his Fatherhood journey which includes three children and four grandchildren. He discusses his transition from the business world to politics. He talks about how he and his family have managed during the pandemic. He describes his discipline style as a father as well as his approach once his kids began dating. He offers some great advice for new or about to be Dads and more! MANSCAPED - https://www.manscaped.com Promo Code - Father Save 20% + Free Shipping Subscribe to First Class Fatherhood on YouTube - https://www.youtube.com/channel/UCCD6cjYptutjJWYlM0Kk6cQ More Ways To Listen - https://linktr.ee/alec_lace First Class Fatherhood Merch - https://shop.spreadshirt.com/first-class-fatherhood-/we+are+not+babysitters-A5d09ea872051763ad613ec8e?productType=812&sellable=3017x1aBoNI8jJe83pw5-812-7&appearance=1 Follow me on instagram - https://instagram.com/alec_lace?igshid=ebfecg0yvbap For information about becoming a Sponsor of First Class Fatherhood please hit me with an email: FirstClassFatherhood@gmail.com --- Support this podcast: https://anchor.fm/alec-lace/support