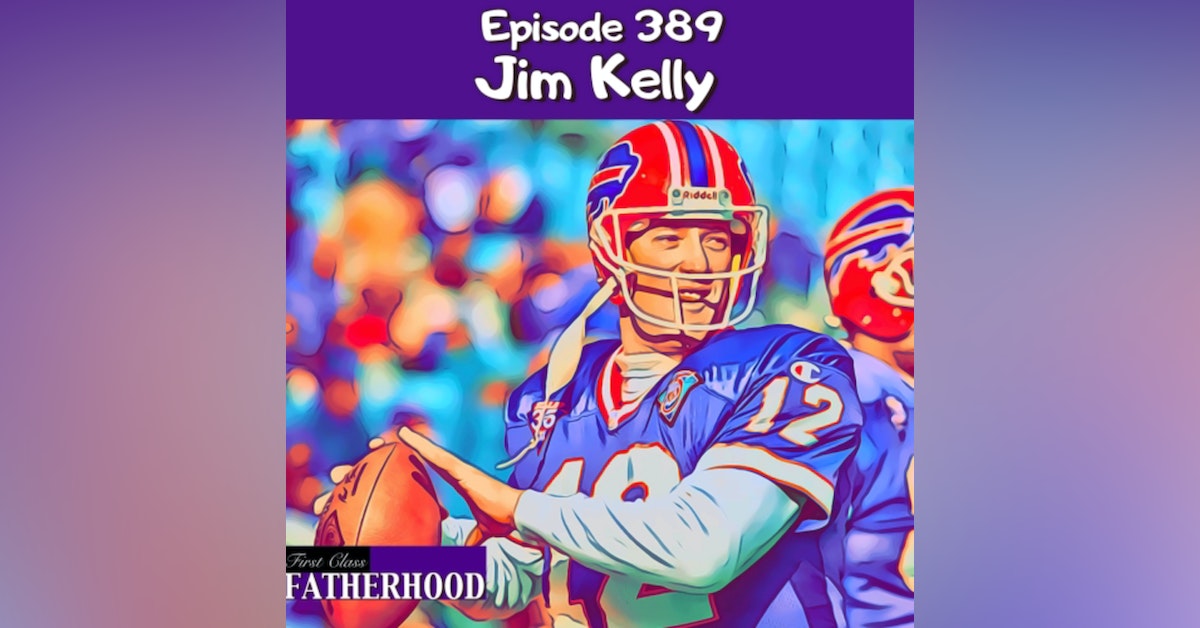 Episode 389 Jim Kelly is a First Class Father and Legendary NFL Hall of Fame Quarterback. He was selected in the first round of the 1983 NFL Draft by the Buffalo Bills. He played two seasons in the USFL where he was named Rookie of the Year and Most Valuable Player. He spent his entire NFL career with the Buffalo Bills leading them to four consecutive Super Bowls. His number 12 has been retired by the Bills and Kelly was enshrined in the Pro Football Hall of Fame in 2002. Jim Kelly was known for his toughness on the gridiron but it has been his toughness off the field that has inspired millions of people around the world. He has battled and defeated cancer three times and is a polished keynote speaker and has spoken to a wide variety of organizations including Fortune 500 companies, universities, healthcare systems, and many others. In this Episode, Jim Kelly shares his Fatherhood journey which includes having to bury his son Hunter at the age of eight and a half years old. He discusses how his son's illness affected his two daughters and how he managed to continue parenting them while dealing with the death of Hunter. He describes his struggle with faith while dealing with cancer. He talks about his motivational speaker career and his hope to bring strength to others going through difficult life challenges. He gives his opinion on young kids playing tackle football. He offers some great advice for new or about to be Dads and more! Jim Kelly’s Cameo - https://www.cameo.com/jimkelly12 MANSCAPED - https://www.manscaped.com Promo Code - Father Save 20% + Free Shipping Subscribe to First Class Fatherhood on YouTube - https://www.youtube.com/channel/UCCD6cjYptutjJWYlM0Kk6cQ More Ways To Listen - https://linktr.ee/alec_lace First Class Fatherhood Merch - https://shop.spreadshirt.com/first-class-fatherhood-/we+are+not+babysitters-A5d09ea872051763ad613ec8e?productType=812&sellable=3017x1aBoNI8jJe83pw5-812-7&appearance=1 Follow me on instagram - https://instagram.com/alec_lace?igshid=ebfecg0yvbap For information about becoming a Sponsor of First Class Fatherhood please hit me with an email: FirstClassFatherhood@gmail.com --- Support this podcast: https://anchor.fm/alec-lace/support