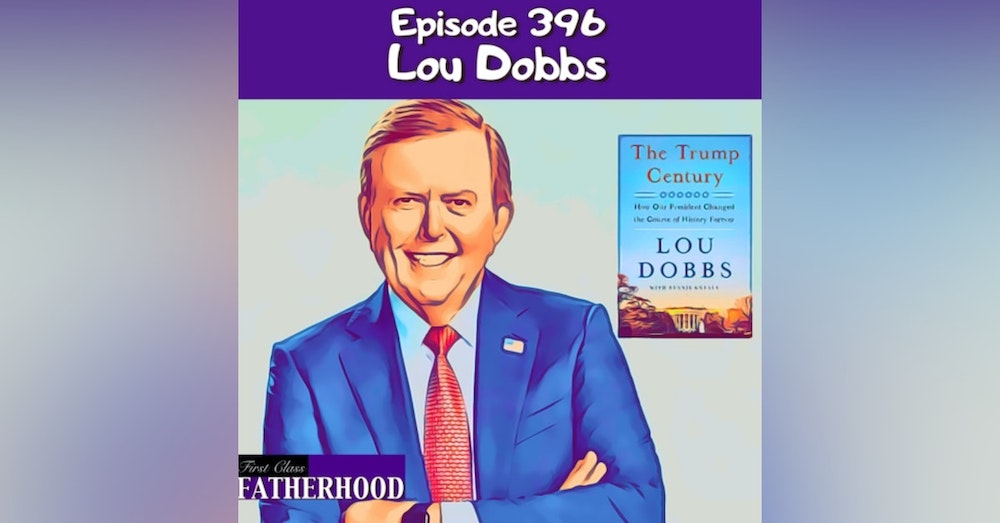 Episode 396 Lou Dobbs is a First Class Father and Fox Business Network host. He is the host of Lou Dobbs Tonight, the #1 news program on business television, which features a breakdown of the day's top stories and how they impact the economy. He was named"TV's Premier Business News Anchorman" by The Wall Street Journal, Dobbs has won several major awards for television journalism. In 2005, the National Academy of Television Arts and Sciences awarded him the Emmy for Lifetime Achievement. He has a new book available now, “The Trump Century: How Our President Changed the Course of History Forever”. In this Episode, Lou shares his Fatherhood journey which includes four children and five grandchildren. He discusses the current economic recovery and its effect on the middle class. He describes the importance of teaching kids about economics and the best way for parents to approach and save for college. He talks about reinforcing our Nuclear Family Units and how when it comes to political policies we need to consider their effects on the American family. He gives us the details of his new book, The Trump Century, and why he decided to write it. He offers some great advice for new or about to be Dads and more! THE TRUMP CENTURY - https://www.amazon.com/Trump-Century-President-Changed-History/dp/0063029049 MANSCAPED - https://www.manscaped.com Promo Code - Father Save 20% + Free Shipping Subscribe to First Class Fatherhood on YouTube - https://www.youtube.com/channel/UCCD6cjYptutjJWYlM0Kk6cQ More Ways To Listen - https://linktr.ee/alec_lace First Class Fatherhood Merch - https://shop.spreadshirt.com/first-class-fatherhood-/we+are+not+babysitters-A5d09ea872051763ad613ec8e?productType=812&sellable=3017x1aBoNI8jJe83pw5-812-7&appearance=1 Follow me on instagram - https://instagram.com/alec_lace?igshid=ebfecg0yvbap For information about becoming a Sponsor of First Class Fatherhood please hit me with an email: FirstClassFatherhood@gmail.com --- Support this podcast: https://anchor.fm/alec-lace/support