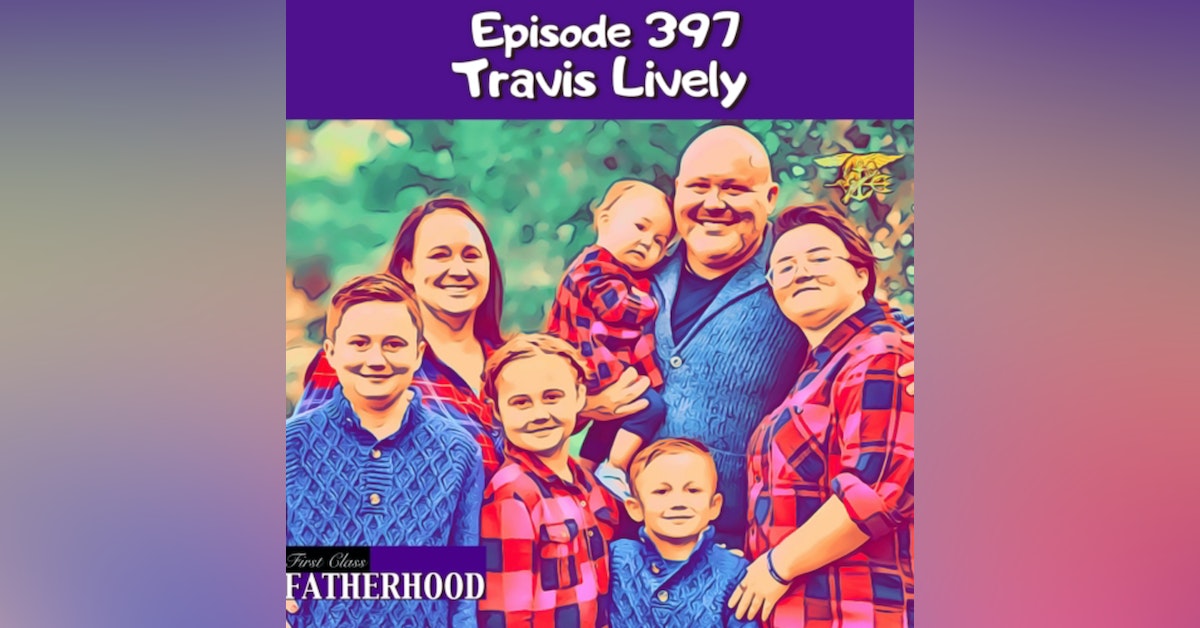 Episode 397 Travis Lively is a First Class Father, Screenwriter and Former Navy SEAL. He is well known for his appearance in the BUD/s Class 234 Documentary where his positive attitude and quick wit made him a favorite among viewers. Travis is a professional screenwriter and producer. Since 2007, he has also worked in the defense & aerospace industries as a recognized subject matter expert in the strategic and tactical employment of Unmanned Airborne Systems. In this Episode, Travis shares his Fatherhood journey which includes five children. He talks about the impact of his father leaving his family at a young age and the impact his stepfather had on his life. He discusses the moment he decided to become a Navy SEAL and his experience with the Documentary about his BUD/s Class. He describes his discipline style as a father and why keeping his word is so important. He talks about his transition out of the SEAL Teams and into the world of Screenwriting. He offers some great advice for new or about to be Dads and more! MANSCAPED - https://www.manscaped.com Promo Code - Father Save 20% + Free Shipping Subscribe to First Class Fatherhood on YouTube - https://www.youtube.com/channel/UCCD6cjYptutjJWYlM0Kk6cQ More Ways To Listen - https://linktr.ee/alec_lace First Class Fatherhood Merch - https://shop.spreadshirt.com/first-class-fatherhood-/we+are+not+babysitters-A5d09ea872051763ad613ec8e?productType=812&sellable=3017x1aBoNI8jJe83pw5-812-7&appearance=1 Follow me on instagram - https://instagram.com/alec_lace?igshid=ebfecg0yvbap For information about becoming a Sponsor of First Class Fatherhood please hit me with an email: FirstClassFatherhood@gmail.com --- Support this podcast: https://anchor.fm/alec-lace/support