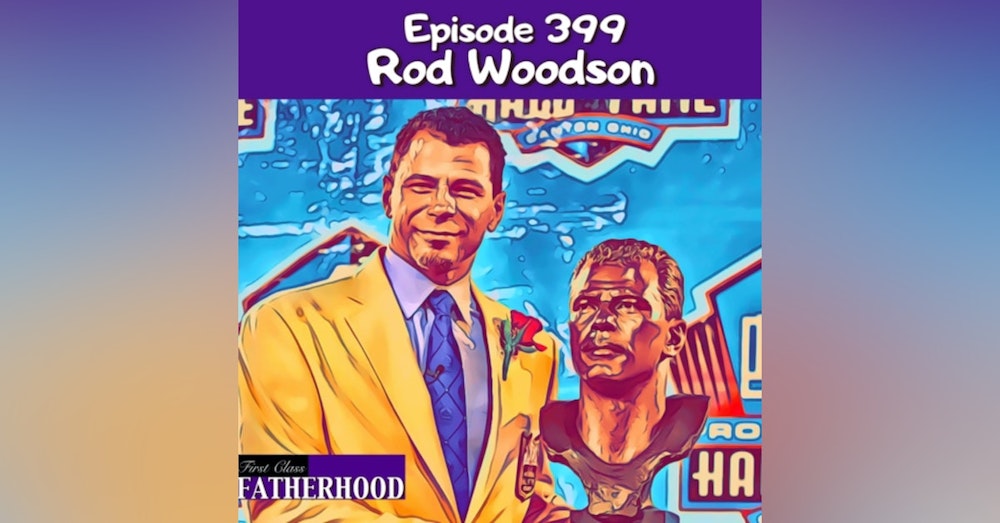 Episode 399 Rod Woodson is a First Class Father and NFL Legend. He was selected with the 10th overall pick of the 1987 NFL Draft by the Pittsburgh Steelers where he played for ten years. He went on to play for the Baltimore Ravens and was a key part of arguably the greatest defense of all time destroying the NY Giants in Super Bowl 35. He was an inductee of the Class of 2009 of the Pro Football Hall of Fame in Canton, Ohio on August 8, 2009. Woodson was inducted into the College Football Hall of Fame in 2016. He was also named as one of Top 100 NFL players of All Time. In this Episode, Rod shares his Fatherhood journey which includes five children. He talks about his strong relationship with his wife as well as being a man of Faith. He discusses how he handled the dating scene when his kids became old enough to date. He describes the importance of his kids being active in sports and the value it provides. He gives his opinion on young kids playing tackle football and what is a good age to start. He talks about the experience of being inducted into the Hall of Fame and his Non Profit Organization H.O.P.E. Through Football. He offers some great advice for new or about to be Dads and more! H.O.P.E. Through Football - https://instagram.com/hopethroughfootball?igshid=1nxfdtoc8ssy5 MANSCAPED - https://www.manscaped.com Promo Code - Father Save 20% + Free Shipping Subscribe to First Class Fatherhood on YouTube - https://www.youtube.com/channel/UCCD6cjYptutjJWYlM0Kk6cQ More Ways To Listen - https://linktr.ee/alec_lace First Class Fatherhood Merch - https://shop.spreadshirt.com/first-class-fatherhood-/we+are+not+babysitters-A5d09ea872051763ad613ec8e?productType=812&sellable=3017x1aBoNI8jJe83pw5-812-7&appearance=1 Follow me on instagram - https://instagram.com/alec_lace?igshid=ebfecg0yvbap For information about becoming a Sponsor of First Class Fatherhood please hit me with an email: FirstClassFatherhood@gmail.com --- Support this podcast: https://anchor.fm/alec-lace/support