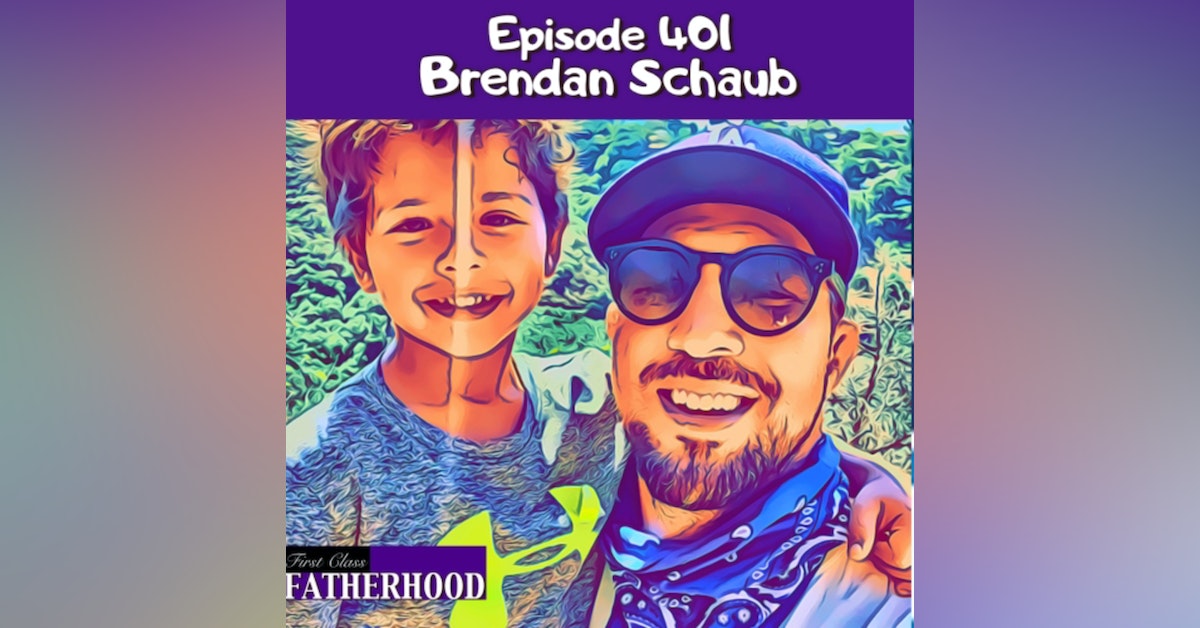 Episode 401 Brendan Schaub is a First Class Father, Comedian, Podcater and former UFC Fighter. He currently hosts three top ranked podcasts including THE FIGHTER AND THE KID, KING AND THE STING, BELOW THE BELT. After retiring from mixed martial arts in 2014, Schaub began pursuing a stand-up comedy career. At first, he toured and performed with Bryan Callen. In 2019 Brendan Schaub filmed his first ever Showtime comedy special titled, YOU’D BE SURPRISED. He has made many appearances on THE JOE ROGAN EXPERIENCE. In this Episode, Brendan shares his Fatherhood journey which includes two boys. He discusses his transition from the octagon to comedy and how much of a role Fatherhood played in his UFC retirement. He reveals what controversial show he watched with his son. He tells us whether or not he plans on having any more kids. He describes the eye opening lessons he has learned during the pandemic that will forever change his career going forward. He offers some great advice for new or about to be Dads and more! MANSCAPED - https://www.manscaped.com Promo Code - Father Save 20% + Free Shipping Subscribe to First Class Fatherhood on YouTube - https://www.youtube.com/channel/UCCD6cjYptutjJWYlM0Kk6cQ More Ways To Listen - https://linktr.ee/alec_lace First Class Fatherhood Merch - https://shop.spreadshirt.com/first-class-fatherhood-/we+are+not+babysitters-A5d09ea872051763ad613ec8e?productType=812&sellable=3017x1aBoNI8jJe83pw5-812-7&appearance=1 Follow me on instagram - https://instagram.com/alec_lace?igshid=ebfecg0yvbap For information about becoming a Sponsor of First Class Fatherhood please hit me with an email: FirstClassFatherhood@gmail.com --- Support this podcast: https://anchor.fm/alec-lace/support