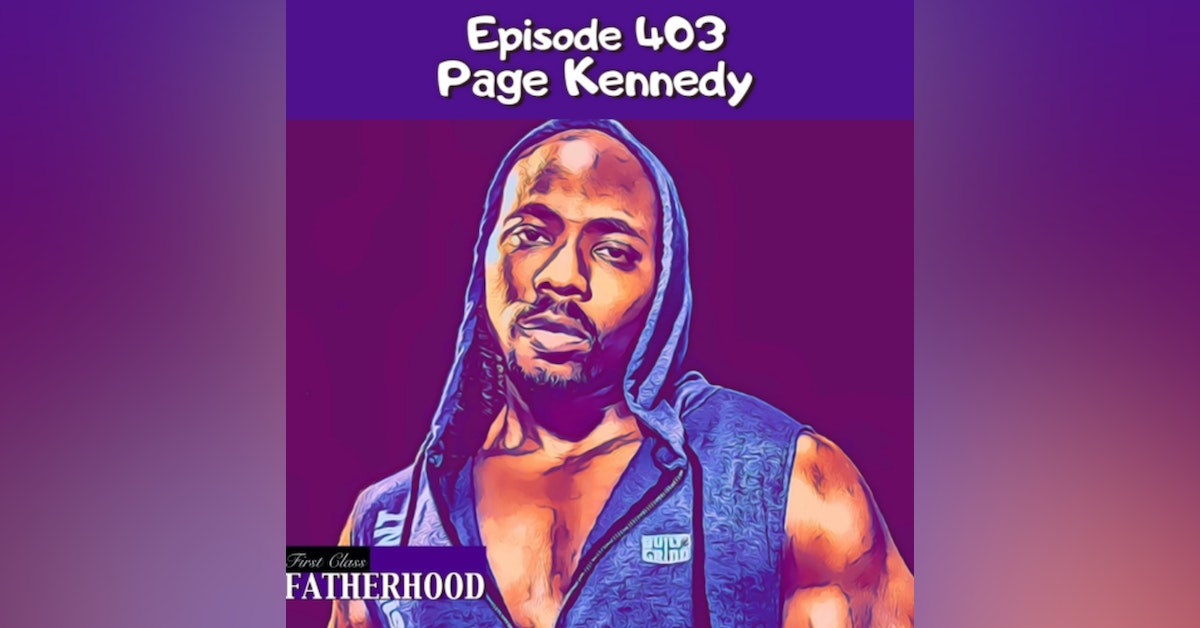 Episode 403 Page Kennedy is a First Class Father, actor, comedian, singer-songwriter and social media influencer. He is best known for portraying Radon Randell in the Spike sports comedy series, Blue Mountain State, and U-Turn in the Showtime series, Weeds. In 2017 he released his first full length rap album titled "Torn Pages". Before he became a TikTok star he was extremely popular on Vine. In this Episode, Page shares his Fatherhood journey which includes four children. He discusses the emotional roller coaster of becoming a dad as a teenager and only a few years after his own father passed away. He describes his passion for creating art through music and entertainment and why work ethic is one of the top values he hopes to instill in his kids. He talks about how his tumultuous childhood experiences influenced his parenting style. He explains how creating content with his kids created a fine line between fooling around and being serious as a father. He offers some great advice for new or about to be Dads and more! MANSCAPED - https://www.manscaped.com Promo Code - Father Save 20% + Free Shipping Subscribe to First Class Fatherhood on YouTube - https://www.youtube.com/channel/UCCD6cjYptutjJWYlM0Kk6cQ More Ways To Listen - https://linktr.ee/alec_lace First Class Fatherhood Merch - https://shop.spreadshirt.com/first-class-fatherhood-/we+are+not+babysitters-A5d09ea872051763ad613ec8e?productType=812&sellable=3017x1aBoNI8jJe83pw5-812-7&appearance=1 Follow me on instagram - https://instagram.com/alec_lace?igshid=ebfecg0yvbap For information about becoming a Sponsor of First Class Fatherhood please hit me with an email: FirstClassFatherhood@gmail.com --- Support this podcast: https://anchor.fm/alec-lace/support