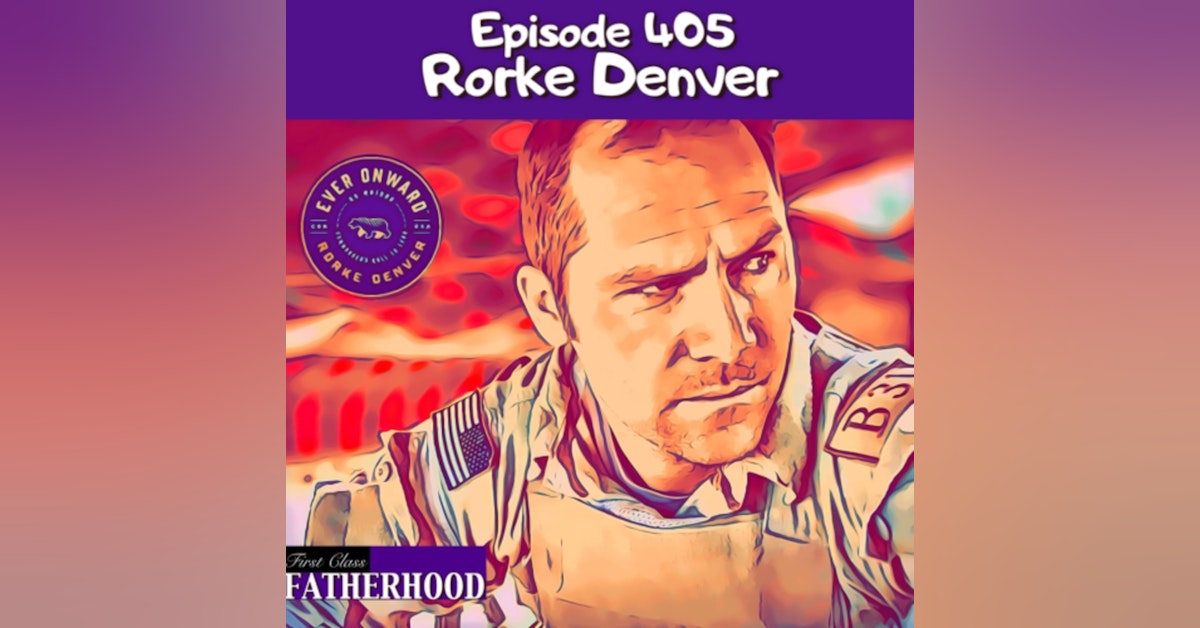 Episode 405 Rorke Denver is a First Class Father, and Retired Navy SEAL Commander. He starred in the hit film Act of Valor, which is based on true SEAL adventures. He is also a New York Times bestselling author of “Damn Few: Making the Modern SEAL Warrior” as well as “Worth Dying For: A Navy SEALs Call to a Nation”. In 2006, Rorke was officer in charge of BRAVO Platoon of SEAL Team THREE in Iraq’s Al Anbar Province in one of the most combat-heavy deployments of any regular SEAL team since Vietnam. His team conducted over 200 missions including sniper operations, direct assaults, special reconnaissance, and ground patrols. He was awarded the Bronze Star with “V” for valorous action in combat. In this Episode, Rorke shares his Fatherhood journey which includes two daughters. He discusses the impact becoming a father played on his military service. He describes the huge shift between running high speed operations and family life. He talks about leadership principles and how they can be applied to fatherhood. He tells us whether or not he will eventually enter the political arena. He offers some great advice for new or about to be Dads and more! MANSCAPED - https://www.manscaped.com Promo Code - Father Save 20% + Free Shipping Subscribe to First Class Fatherhood on YouTube - https://www.youtube.com/channel/UCCD6cjYptutjJWYlM0Kk6cQ More Ways To Listen - https://linktr.ee/alec_lace First Class Fatherhood Merch - https://shop.spreadshirt.com/first-class-fatherhood-/we+are+not+babysitters-A5d09ea872051763ad613ec8e?productType=812&sellable=3017x1aBoNI8jJe83pw5-812-7&appearance=1 Follow me on instagram - https://instagram.com/alec_lace?igshid=ebfecg0yvbap For information about becoming a Sponsor of First Class Fatherhood please hit me with an email: FirstClassFatherhood@gmail.com --- Support this podcast: https://anchor.fm/alec-lace/support