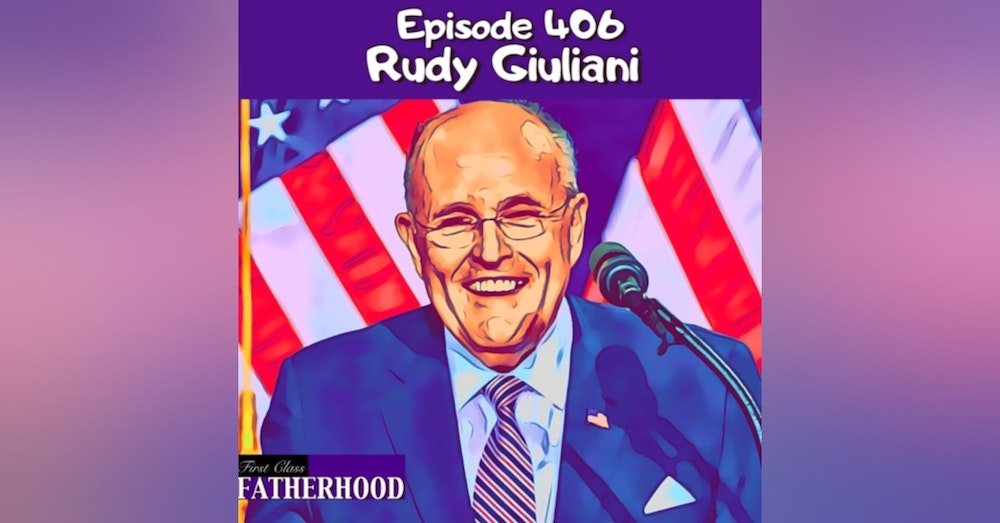 Episode 406 Rudy Giuliani is a First Class Father who served as the 107th Mayor of New York City from 1994 to 2001. Mayor Giuliani was responsible for making New York City great again during his time as mayor because he focused on removing panhandlers and sex clubs from Times Square while promoting a "family values" vibe and a return to the area’s earlier focus on business, theater, and the arts. As a result crime rates fell steeply, well ahead of the national average pace. For his strong mayoral leadership during and after the September 11 terrorist attacks in 2001, he has become known as America's Mayor." In this Episode, the Mayor shares his Fatherhood journey which includes two children who are now adults. He discusses the skyrocketing crime rate and homelessness that has returned to NYC and what needs to happen for that to change. He describes how the events of September 11th changed him as a father. He talks about the Marxist group Black Lives Matter and their assault on the Nuclear Family Units of America. He gives us an update on his health, he offers some great advice for new or about to be Dads and more! MANSCAPED - https://www.manscaped.com Promo Code - Father Save 20% + Free Shipping EAT CLEAN BRO - https://eatcleanbro.com Promo Code - FATHERHOOD10 Save 10% on Meals Subscribe to First Class Fatherhood on YouTube - https://www.youtube.com/channel/UCCD6cjYptutjJWYlM0Kk6cQ More Ways To Listen - https://linktr.ee/alec_lace First Class Fatherhood Merch - https://shop.spreadshirt.com/first-class-fatherhood-/we+are+not+babysitters-A5d09ea872051763ad613ec8e?productType=812&sellable=3017x1aBoNI8jJe83pw5-812-7&appearance=1 Follow me on instagram - https://instagram.com/alec_lace?igshid=ebfecg0yvbap For information about becoming a Sponsor of First Class Fatherhood please hit me with an email: FirstClassFatherhood@gmail.com --- Support this podcast: https://anchor.fm/alec-lace/support