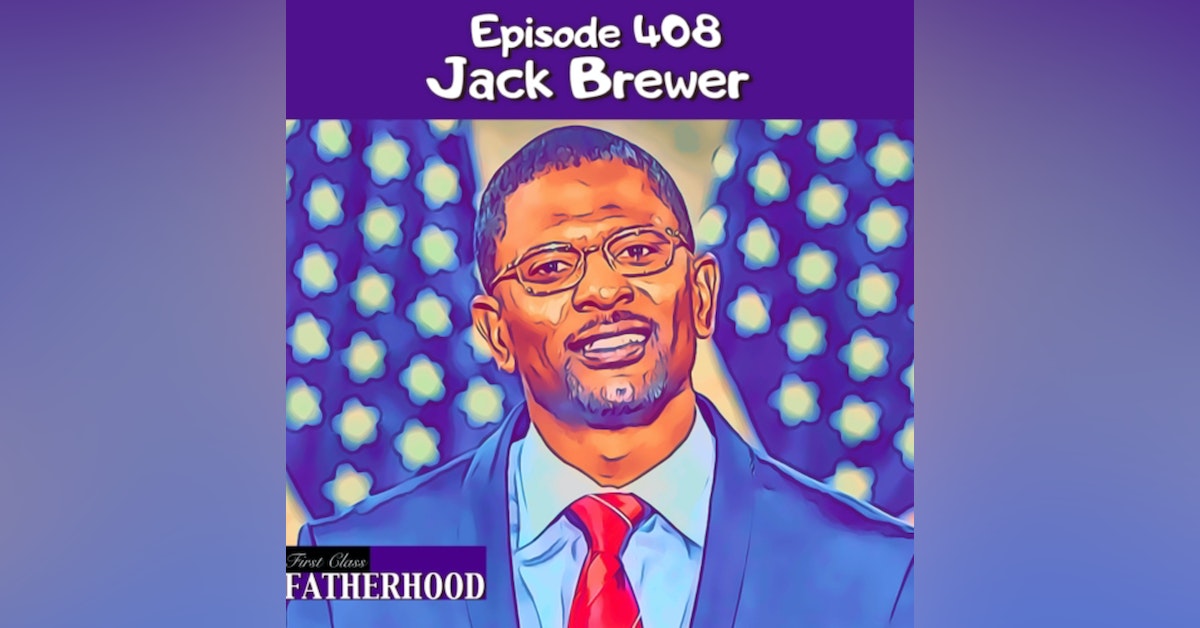 Episode 408 Jack Brewer is a First Class Father and former NFL defensive back. He played for the Minnesota Vikings, New York Giants, Philadelphia Eagles, and the Arizona Cardinals. He is a frequent contributor to Fox News and is a big supporter of President Trump and became a member of the "Black Voices for Trump" group. He recently spoke at the Republican National Convention. In this Episode, Jack shares his Fatherhood journey which includes four children. He discusses the impact and perspective of becoming a dad at a young age. He describes the importance of the Nuclear Family Unit and why dangerous Marxist groups such as Black Lives Matter must be exposed. He talks about his support for President Trump. As a former NFL player he gives his thoughts on players who are protesting by kneeling for the National Anthem. He offers some great advice for new or about to be Dads and more! MANSCAPED - https://www.manscaped.com Promo Code - Father Save 20% + Free Shipping EAT CLEAN BRO - https://eatcleanbro.com Promo Code - FATHERHOOD10 Save 10% on Meals Subscribe to First Class Fatherhood on YouTube - https://www.youtube.com/channel/UCCD6cjYptutjJWYlM0Kk6cQ More Ways To Listen - https://linktr.ee/alec_lace First Class Fatherhood Merch - https://shop.spreadshirt.com/first-class-fatherhood-/we+are+not+babysitters-A5d09ea872051763ad613ec8e?productType=812&sellable=3017x1aBoNI8jJe83pw5-812-7&appearance=1 Follow me on instagram - https://instagram.com/alec_lace?igshid=ebfecg0yvbap For information about becoming a Sponsor of First Class Fatherhood please hit me with an email: FirstClassFatherhood@gmail.com --- Support this podcast: https://anchor.fm/alec-lace/support