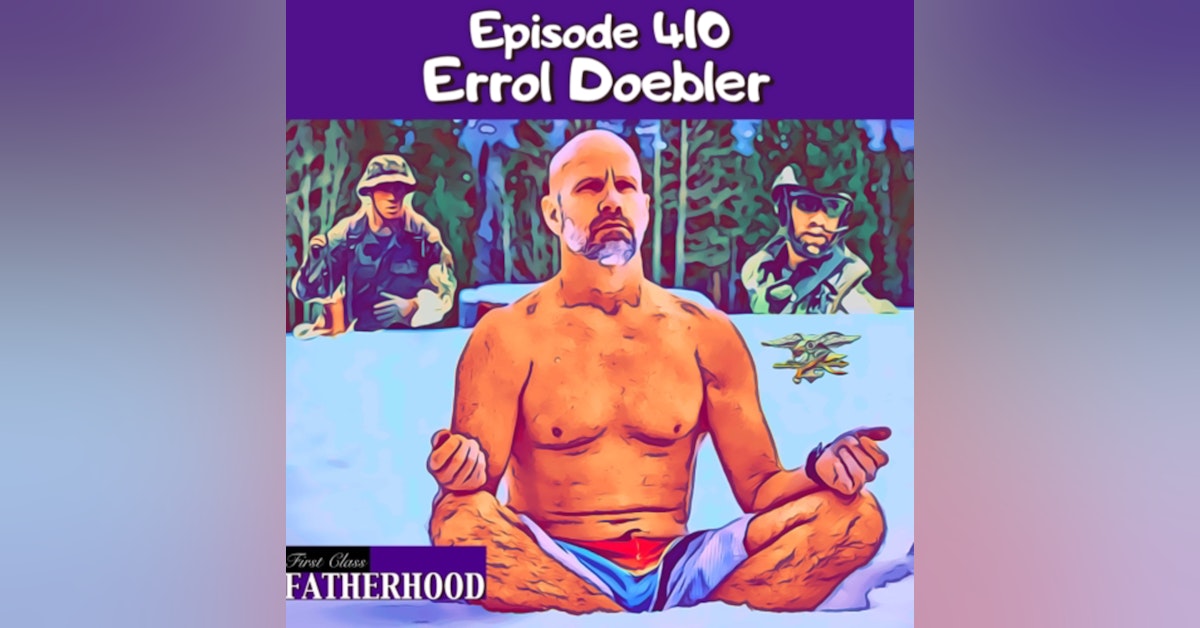 Episode 410 Errol Doebler is a First Class Father, former Navy SEAL, former FBI agent and Wim Hof Method instructor. He is a graduate of the US Naval Academy and was an Assistant Platoon Commander at SEAL Team FOUR, and a Platoon Commander at SEAL Team ONE. After his military career he joined the Federal Bureau of Investigation where he investigated International Terrorist Organizations out of the FBI’s flagship office in New York City and also served as a member of the FBI’s New York SWAT Team. While deployed to Afghanistan in 2010 with the 75th Ranger Regiment, Errol participated in extensive combat operations and was subsequently presented with the FBI’s second highest award for valor, the Shield of Bravery, for his actions on the battlefield. In this Episode, Errol shares his Fatherhood journey which includes three children. He discusses his introduction to the Wim Hof Method and why he decided to become an instructor. He talks about his book “The Process, Art, and Science of Leadership: How Leaders Inspire Confidence and Clarity in Combat, in the Boardroom, and at the Kitchen Table”. He describes how becoming a dad at 45 years old has changed his perspective. He offers some great advice for new or about to be Dads and more! The Process, Art, and Science of Leadership - https://www.amazon.com/gp/aw/d/0578708973/ref=dbs_a_w_dp_0578708973 MANSCAPED - https://www.manscaped.com Promo Code - Father Save 20% + Free Shipping EAT CLEAN BRO - https://eatcleanbro.com Promo Code - FATHERHOOD10 Save 10% on Meals Subscribe to First Class Fatherhood on YouTube - https://www.youtube.com/channel/UCCD6cjYptutjJWYlM0Kk6cQ More Ways To Listen - https://linktr.ee/alec_lace First Class Fatherhood Merch - https://shop.spreadshirt.com/first-class-fatherhood-/we+are+not+babysitters-A5d09ea872051763ad613ec8e?productType=812&sellable=3017x1aBoNI8jJe83pw5-812-7&appearance=1 Follow me on instagram - https://instagram.com/alec_lace?igshid=ebfecg0yvbap For information about becoming a Sponsor of First Class Fatherhood please hit me with an email: FirstClassFatherhood@gmail.com --- Support this podcast: https://anchor.fm/alec-lace/support