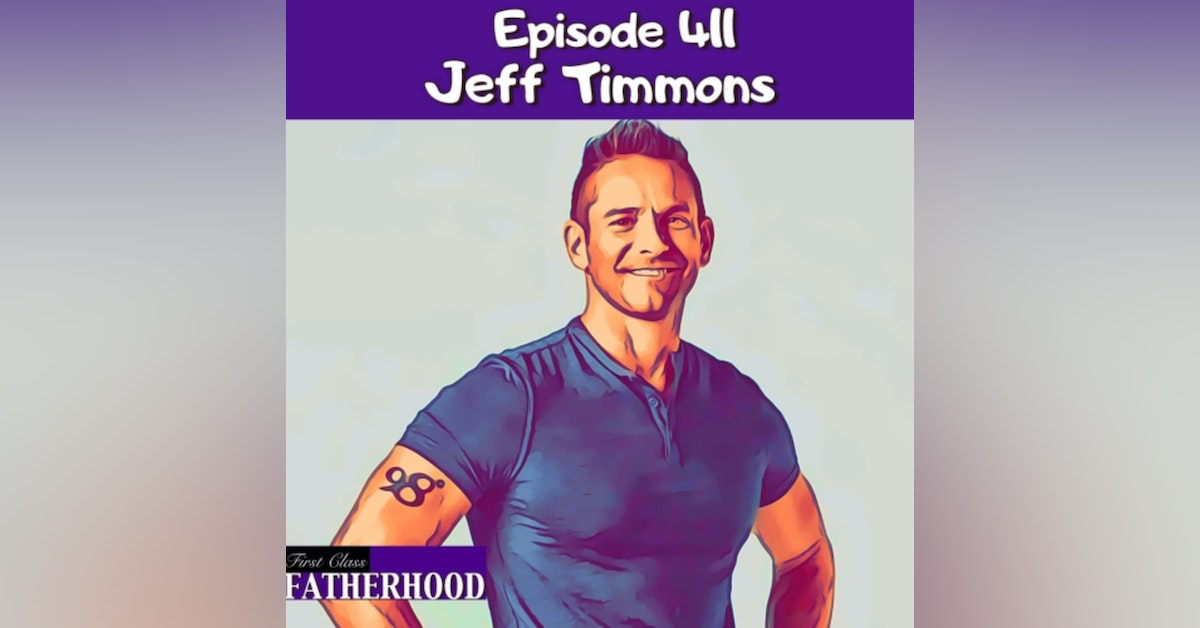 Episode 411 Jeff Timmons is a First Class Father and founding member of the pop group 98 Degrees which is a multi-platinum, Grammy-nominated boy band that dominated the Billboard charts in the late 90’s and early 00’s. Jeff is also a solo artist, actor, songwriter and producer. He has performed all over the world and with some of the biggest names in the music industry including Stevie Wonder and Mariah Carey. He teamed up with Chippendales to produce Men Of The Strip which he describes as "like Magic Mike with elements of Sex and the City. In this Episode, Jeff shares his Fatherhood journey which includes five kids in a blended family. He discusses how becoming a dad changed him from music pop icon to responsible parent. He describes his difficult relationship and divorce and how he found true happiness with his wife after all but giving up on relationships. He talks about his kids' reaction to Men Of The Strip. He gives some tips for parents of kids who want to pursue a music career. He offers some great advice for new or about to be Dads and more! MANSCAPED - https://www.manscaped.com Promo Code - Father Save 20% + Free Shipping EAT CLEAN BRO - https://eatcleanbro.com Promo Code - FATHERHOOD10 Save 10% on Meals Subscribe to First Class Fatherhood on YouTube - https://www.youtube.com/channel/UCCD6cjYptutjJWYlM0Kk6cQ More Ways To Listen - https://linktr.ee/alec_lace First Class Fatherhood Merch - https://shop.spreadshirt.com/first-class-fatherhood-/we+are+not+babysitters-A5d09ea872051763ad613ec8e?productType=812&sellable=3017x1aBoNI8jJe83pw5-812-7&appearance=1 Follow me on instagram - https://instagram.com/alec_lace?igshid=ebfecg0yvbap For information about becoming a Sponsor of First Class Fatherhood please hit me with an email: FirstClassFatherhood@gmail.com --- Support this podcast: https://anchor.fm/alec-lace/support