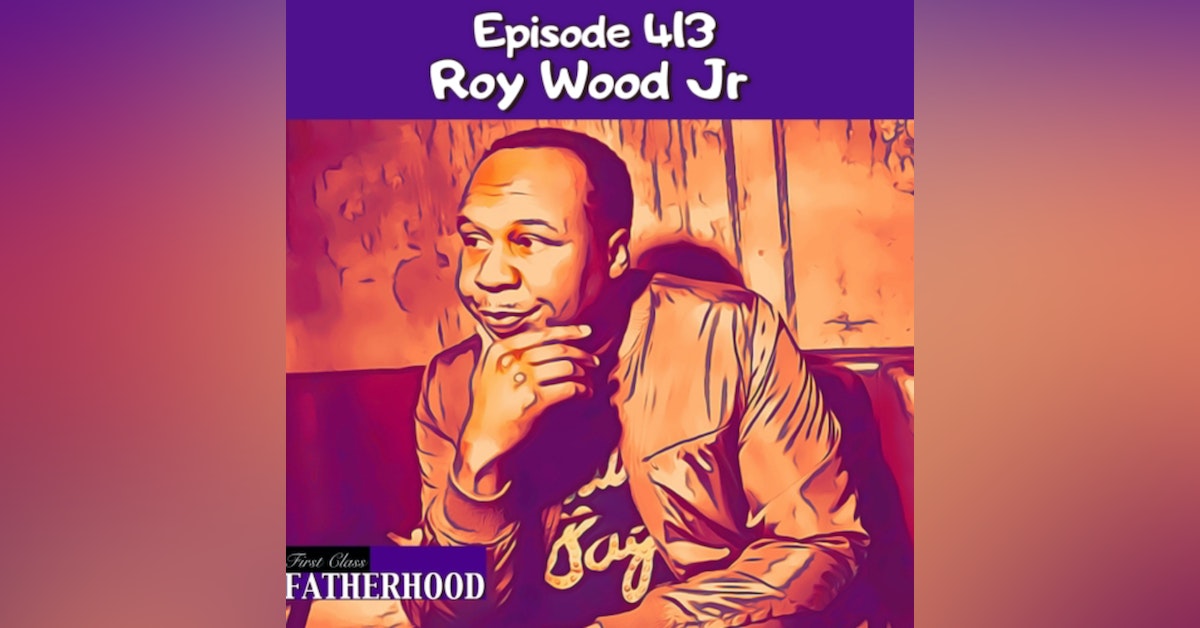 Episode 413 Roy Wood Jr is a First Class Father and Standup Comedian. He stars on Comedy Central’s Emmy-nominated, The Daily Show with Trevor Noah. He has performed two Comedy Central one-hour stand-up specials, Father Figure and Roy Wood Jr: No One Loves You. Wood can also be seen in a recurring role on the current seasons of the new Netflix comedy ‘Space Force’, as well as ‘Better Call Saul’ & ‘The Last O.G.’ Roy was selected by America as one of the top three finalists on Last Comic Standing, on NBC. Roy has appeared on Late Night with Seth Meyer, Conan, The Tonight Show with Jimmy Fallon, and The Late Show with Stephen Colbert. He also performed on numerous USO Tours for our Troops stationed everywhere from Guam to Iraq, to the Philippines. In this Episode, Roy shares his Fatherhood journey which includes one son. He describes his discipline style as a father and how it differs from when he grew up. He discusses the current climate of comedy and offers some wisdom for aspiring comedians. He tells us if he plans on having any more kids. He offers some great advice for new or about to be Dads and more! MANSCAPED - https://www.manscaped.com Promo Code - Father Save 20% + Free Shipping EAT CLEAN BRO - https://eatcleanbro.com Promo Code - FATHERHOOD10 Save 10% on Meals Subscribe to First Class Fatherhood on YouTube - https://www.youtube.com/channel/UCCD6cjYptutjJWYlM0Kk6cQ More Ways To Listen - https://linktr.ee/alec_lace First Class Fatherhood Merch - https://shop.spreadshirt.com/first-class-fatherhood-/we+are+not+babysitters-A5d09ea872051763ad613ec8e?productType=812&sellable=3017x1aBoNI8jJe83pw5-812-7&appearance=1 Follow me on instagram - https://instagram.com/alec_lace?igshid=ebfecg0yvbap For information about becoming a Sponsor of First Class Fatherhood please hit me with an email: FirstClassFatherhood@gmail.com --- Support this podcast: https://anchor.fm/alec-lace/support