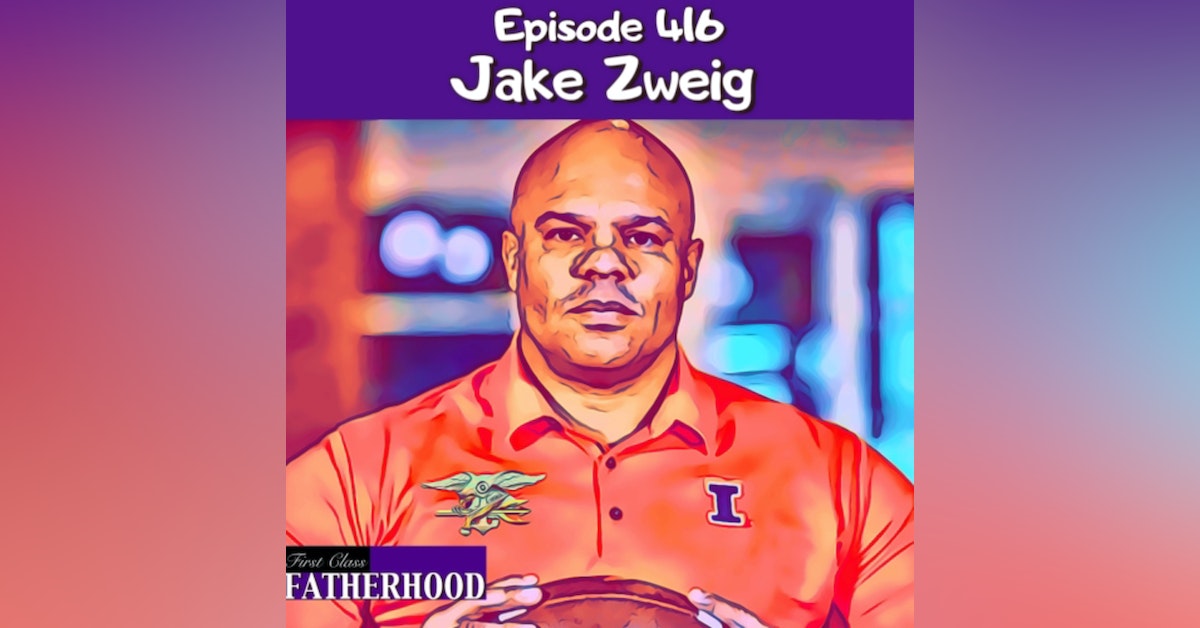 Episode 416 Jake Zweig is a First Class Father, Former Navy SEAL and Director of Football Player Development at the University of Illinois. He earned a master’s of business administration from the University of Michigan and a bachelor’s of science in computer science from the U.S. Naval Academy. Jake was named the leader of BUD/s Class 217, went on to serve with SEAL Team 8 and attained the rank of Lieutenant. He Co-hosted the Discovery Channel series titled “Dude You’re Screwed” that pitted Special Forces veterans and survivalists in a competition to survive the world’s harshest places. Zweig notably defied the freezing peak of an Icelandic mountain and a scorching desert in southwest Africa. Jake also Competed in the History Channel’s “Top Shot” marksmanship show. In this Episode, Jake shares his Fatherhood journey which includes three children. He describes his upbringing and why he sought mentorship as a Dad. He discusses his position at the University of Illinois and how the football team has responded during the pandemic. He talks about leadership and how it applies on the field and in the home. He offers some great advice for new or about to be Dads and more! MANSCAPED - https://www.manscaped.com Promo Code - Father Save 20% + Free Shipping Subscribe to First Class Fatherhood on YouTube - https://www.youtube.com/channel/UCCD6cjYptutjJWYlM0Kk6cQ More Ways To Listen - https://linktr.ee/alec_lace First Class Fatherhood Merch - https://shop.spreadshirt.com/first-class-fatherhood-/we+are+not+babysitters-A5d09ea872051763ad613ec8e?productType=812&sellable=3017x1aBoNI8jJe83pw5-812-7&appearance=1 Follow me on instagram - https://instagram.com/alec_lace?igshid=ebfecg0yvbap For information about becoming a Sponsor of First Class Fatherhood please hit me with an email: FirstClassFatherhood@gmail.com --- Support this podcast: https://anchor.fm/alec-lace/support