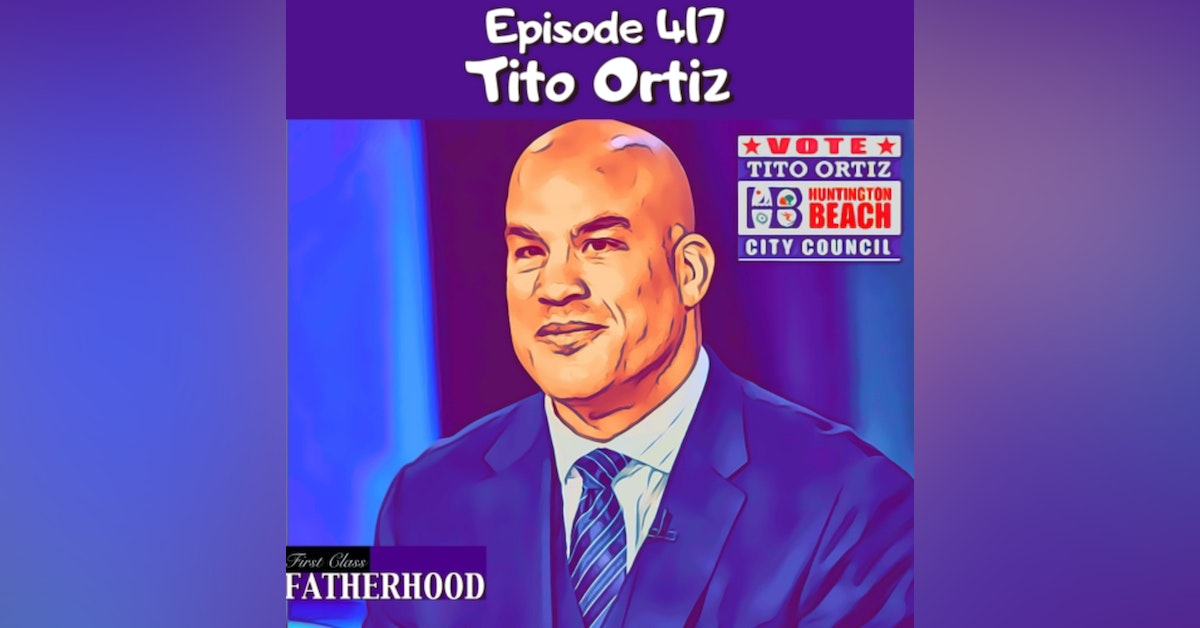 Episode 417 Tito Ortiz is a First Class Father, UFC Hall of Famer and Candidate for City Council of Huntington Beach, California. Tito is making his second appearance on First Class Fatherhood and was last interviewed on Episode 237. Tito became a professional fighter and world champion at age 23. As a supporter of our US troops he visited them abroad in Iraq 6 times. Tito is also a strong supporter of our first responders being a contributor to annual charities for the fire department, police department, and children’s hospitals. Tito is very passionate about all of these brave men and women and hopes to bring more awareness, appreciation, and facilitate each of these very important organizations. In this Episode, Tito gives us an update on his three children and how they have handled the pandemic. He describes the moment he decided to run for office in his hometown of Huntington Beach. He discusses his campaign efforts and the impact it has had on his family. He makes his case for why he should be elected and what further political aspirations he has. He offers some great advice for new or about to be Dads and more! TITO ORTIZ For City Council - https://titoforhbcc.com MANSCAPED - https://www.manscaped.com Promo Code - Father Save 20% + Free Shipping Subscribe to First Class Fatherhood on YouTube - https://www.youtube.com/channel/UCCD6cjYptutjJWYlM0Kk6cQ More Ways To Listen - https://linktr.ee/alec_lace First Class Fatherhood Merch - https://shop.spreadshirt.com/first-class-fatherhood-/we+are+not+babysitters-A5d09ea872051763ad613ec8e?productType=812&sellable=3017x1aBoNI8jJe83pw5-812-7&appearance=1 Follow me on instagram - https://instagram.com/alec_lace?igshid=ebfecg0yvbap For information about becoming a Sponsor of First Class Fatherhood please hit me with an email: FirstClassFatherhood@gmail.com --- Support this podcast: https://anchor.fm/alec-lace/support