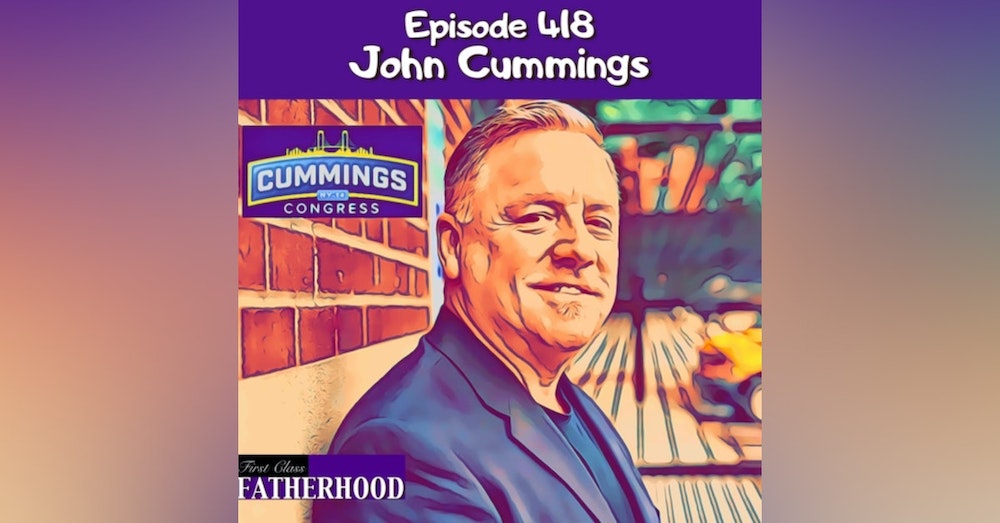 Episode 418 John Cummings is a First Class Father and Candidate for Congress in New York. John was born and raised in the Bronx and remains an engaged and active member of the community. He followed in his father’s footsteps and was sworn into the NYCPD in January of 1983. John suffered a serious knee injury in the line of duty, and was forced to retire in July 1991. He did so with multiple commendations for bravery and excellence in the line of duty. In 1998, John returned to his alma mater, St. Raymond High School in the Bronx, as a History and Government teacher, where he just completed his 22nd year. John has also been the Alumni Coordinator, Director of Development, the History Department Chairperson, and the Recruiting Coordinator, a role he now handles in addition to his teaching duties. John also serves as the cantor at school Masses, held on Catholic Holy Days of obligation. In this Episode, John shares his Fatherhood journey which includes two adult children. He discusses why he decided to take on Congresswoman and socialist Alexandria Ocasio-Cortez in New York's 14th Congressional District. He describes his passion and love for the community he intends to represent. He talks about the Fatherless Crisis and the importance of Faith and Family. He talks about the infiltration of Socialism and the dangerous changes in the textbooks of American schools. He discusses the importance of opening the schools and the damage being done by keeping kids home. He offers some great advice for new or about to be Dads and more! JOHN CUMMINGS - https://cummings2020.com/en/ MANSCAPED - https://www.manscaped.com Promo Code - Father Save 20% + Free Shipping Subscribe to First Class Fatherhood on YouTube - https://www.youtube.com/channel/UCCD6cjYptutjJWYlM0Kk6cQ More Ways To Listen - https://linktr.ee/alec_lace First Class Fatherhood Merch - https://shop.spreadshirt.com/first-class-fatherhood-/we+are+not+babysitters-A5d09ea872051763ad613ec8e?productType=812&sellable=3017x1aBoNI8jJe83pw5-812-7&appearance=1 Follow me on instagram - https://instagram.com/alec_lace?igshid=ebfecg0yvbap For information about becoming a Sponsor of First Class Fatherhood please hit me with an email: FirstClassFatherhood@gmail.com --- Support this podcast: https://anchor.fm/alec-lace/support