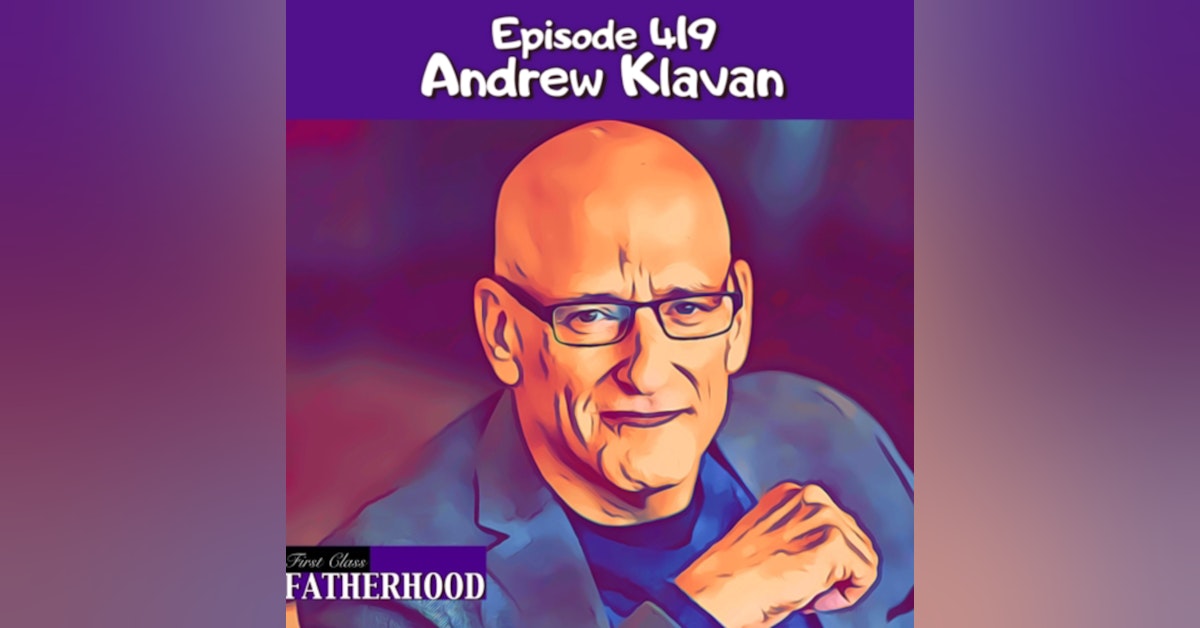 Episode 419 Andrew Klavan is a First Class Father, Best Selling Author and Podcaster. He has been nominated for the Mystery Writer of America's Edgar award five times and won twice. He is the author of several bestselling novels, including Don't Say A Word, filmed starring Michael Douglas, True Crime, filmed by Clint Eastwood, and Empire of Lies. He is the host of The Andrew Klavan Show, a podcast on The Daily Wire. In this Episode, Andrew shares his Fatherhood journey which includes two adult children, one grandchild and one on the way. He describes his career as a writer in Hollywood which changed dramatically once his political views as a conservative became public. He discusses the dangers of censorship and how it has affected his career. He talks about his faith and how important a role it has played in his life. He gives some great insight and suggestions for parents who have kids that aspire to become writers. He offers some great advice for new or about to be Dads and more! MANSCAPED - https://www.manscaped.com Promo Code - Father Save 20% + Free Shipping Subscribe to First Class Fatherhood on YouTube - https://www.youtube.com/channel/UCCD6cjYptutjJWYlM0Kk6cQ More Ways To Listen - https://linktr.ee/alec_lace First Class Fatherhood Merch - https://shop.spreadshirt.com/first-class-fatherhood-/we+are+not+babysitters-A5d09ea872051763ad613ec8e?productType=812&sellable=3017x1aBoNI8jJe83pw5-812-7&appearance=1 Follow me on instagram - https://instagram.com/alec_lace?igshid=ebfecg0yvbap For information about becoming a Sponsor of First Class Fatherhood please hit me with an email: FirstClassFatherhood@gmail.com --- Support this podcast: https://anchor.fm/alec-lace/support