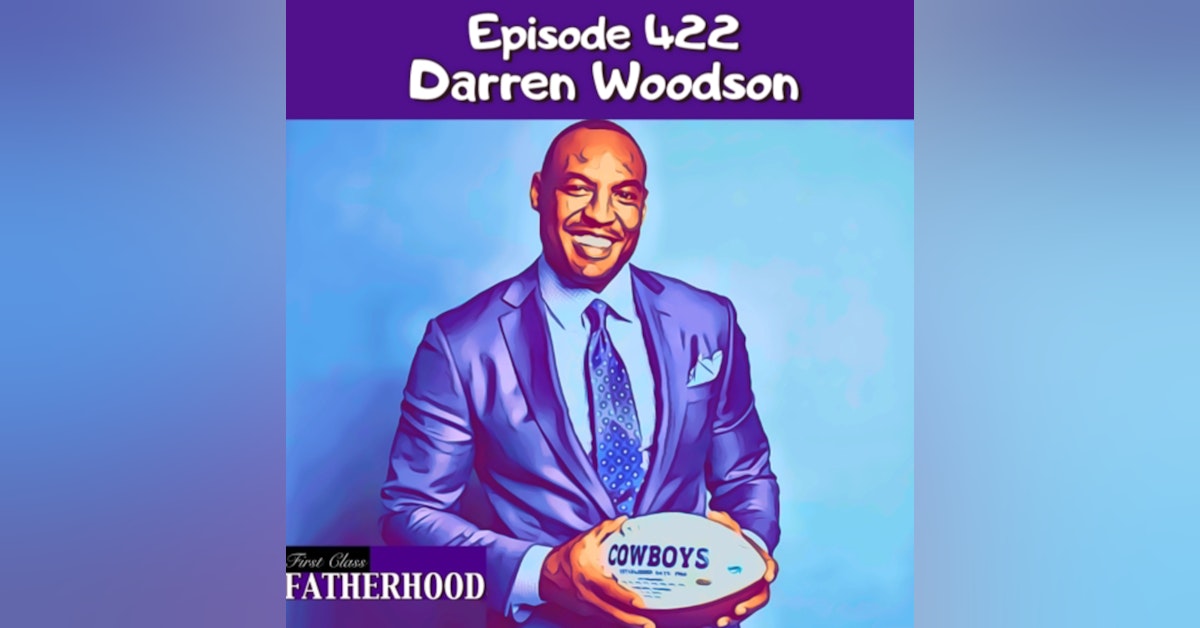 Episode 422 Darren Woodson is a First Class Father and 3x Super Bowl Champion. He played his entire NFL career at Safety for the Dallas Cowboys and was inducted in their Ring of Honor. During his career he was selected to 5 Pro Bowls and was a 4x First Team All-Pro. He played his college ball at Arizona State University where he graduated with a degree in criminal justice. He was inducted into the ASU Hall of Fame as well as the Arizona Sports Hall of Fame. As an entrepreneur Darren owns two businesses and after being an analyst on ESPN for fourteen years, he is now the host of The Darren Woodson Show. In this Episode, Darren shares his Fatherhood journey which includes four children. He describes his life growing up without a Father in the home and how that has affected his own parenting philosophy. He discusses the importance of his faith and the role it plays in his life. He talks about the changes in his parenting style from his three adult children to his four year old son. He offers some great advice for new or about to be Dads and more! The Darren Woodson Show - https://www.buzzsprout.com/906109 MANSCAPED - https://www.manscaped.com Promo Code - Father Save 20% + Free Shipping Subscribe to First Class Fatherhood on YouTube - https://www.youtube.com/channel/UCCD6cjYptutjJWYlM0Kk6cQ More Ways To Listen - https://linktr.ee/alec_lace First Class Fatherhood Merch - https://shop.spreadshirt.com/first-class-fatherhood-/we+are+not+babysitters-A5d09ea872051763ad613ec8e?productType=812&sellable=3017x1aBoNI8jJe83pw5-812-7&appearance=1 Follow me on instagram - https://instagram.com/alec_lace?igshid=ebfecg0yvbap For information about becoming a Sponsor of First Class Fatherhood please hit me with an email: FirstClassFatherhood@gmail.com --- Support this podcast: https://anchor.fm/alec-lace/support