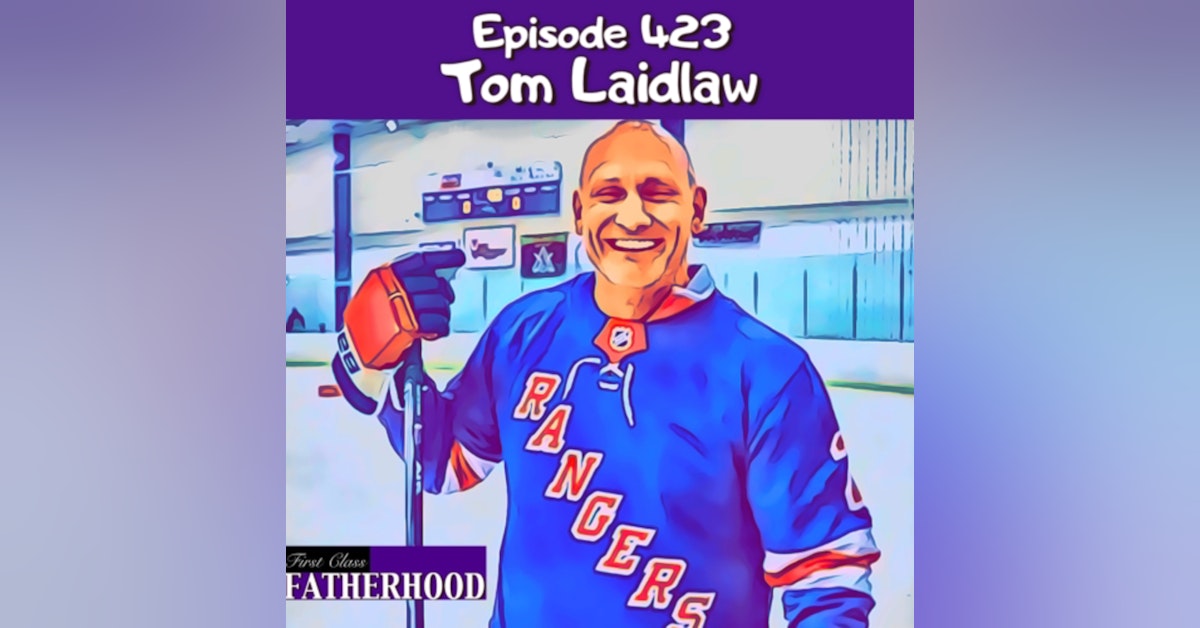 Episode 423 Tom Laidlaw is a First Class Father and former NHL Defenseman. He was drafted by New York Rangers in 1978 and played for both the Rangers and the Los Angeles Kings. After retiring from the NHL he became the colour commentator for the Kings radio broadcasts. He competed on Survivor: Island of the Idols, the 39th season of the CBS series Survivor. He was the first Canadian-born person to be a contestant on the show. He hosts a podcast called True Grit Life and does some motivational speaking as well. In this Episode, Tom shares his Fatherhood journey which includes two adult children. He talks about his rise through the NHL and his experience on Survivor. He describes the relationship he had with his kids while going through a difficult divorce. He discusses the values that were important for him to instill in his kids growing up. He explains what he means by living a True Grit life. He tells us about his podcast and plans for the future. He offers some great advice for new or about to be Dads and more! TRUE GRIT LIFE - https://truegritlife.com/podcast/ MANSCAPED - https://www.manscaped.com Promo Code - Father Save 20% + Free Shipping Subscribe to First Class Fatherhood on YouTube - https://www.youtube.com/channel/UCCD6cjYptutjJWYlM0Kk6cQ More Ways To Listen - https://linktr.ee/alec_lace First Class Fatherhood Merch - https://shop.spreadshirt.com/first-class-fatherhood-/we+are+not+babysitters-A5d09ea872051763ad613ec8e?productType=812&sellable=3017x1aBoNI8jJe83pw5-812-7&appearance=1 Follow me on instagram - https://instagram.com/alec_lace?igshid=ebfecg0yvbap For information about becoming a Sponsor of First Class Fatherhood please hit me with an email: FirstClassFatherhood@gmail.com --- Support this podcast: https://anchor.fm/alec-lace/support