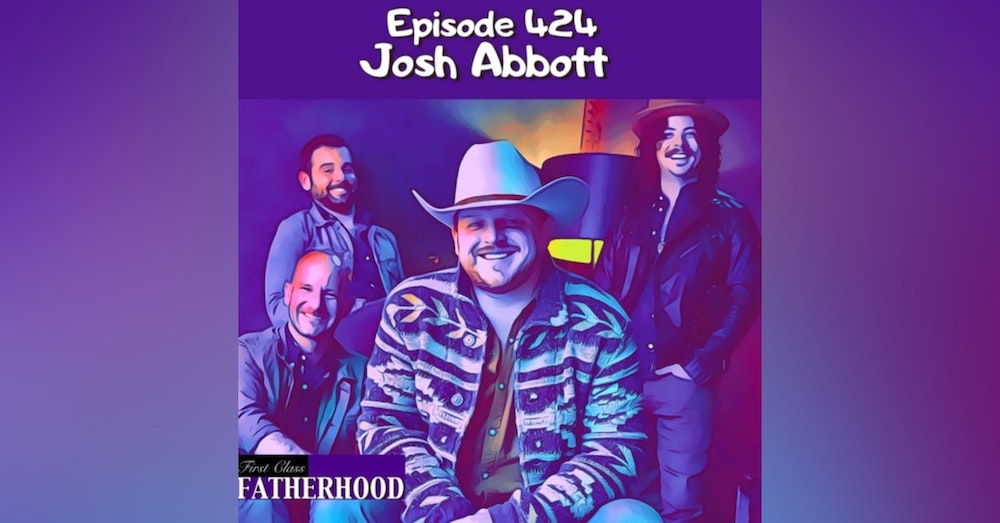 Episode 424 Josh Abbott is a First Class Father and Country Music singer and songwriter. He founded the Josh Abbott Band in 2006 which is a Texas country band. The band's third CD, Small Town Family Dream, was their highest charting album, debuting at #5 on Top Country Albums, selling 21,000 copies in the US in its first week. The band made several national television performances including an appearance on Jimmy Kimmel Live and CONAN. The band performed at the 2017 Route 91 Harvest, the scene of the 2017 Las Vegas shooting. Their new album, The Highway Kind, drops on November 13,2020. In this Episode, Josh shares his Fatherhood journey which includes two children. He discusses the dichotomy of losing his father and finding out he was gonna be a father in the same month. He describes the changes in his music career since becoming a dad. He talks about his new album, The Highway Kind. He recalls the tragic events in Las Vegas where 60 people were murdered at the music festival in which his band was performing. He offers some great advice for new or about to be Dads and more! THE HIGHWAY KIND - https://www.amazon.com/Highway-Kind-Josh-Abbott-Band/dp/B08GHY8L5C HIMALAYA BOTANIQUE TOOTHPASTE - https://www.amazon.com/Himalaya-Pomegranate-Fluoride-Free-Gluten-Free-Saccharin-Free/dp/B0026X3MKO Promo Code - Fatherhood Save 20% HIMALAYA - https://himalayausa.com MANSCAPED - https://www.manscaped.com Promo Code - Father Save 20% + Free Shipping Subscribe to First Class Fatherhood on YouTube - https://www.youtube.com/channel/UCCD6cjYptutjJWYlM0Kk6cQ More Ways To Listen - https://linktr.ee/alec_lace First Class Fatherhood Merch - https://shop.spreadshirt.com/first-class-fatherhood-/we+are+not+babysitters-A5d09ea872051763ad613ec8e?productType=812&sellable=3017x1aBoNI8jJe83pw5-812-7&appearance=1 Follow me on instagram - https://instagram.com/alec_lace?igshid=ebfecg0yvbap For information about becoming a Sponsor of First Class Fatherhood please hit me with an email: FirstClassFatherhood@gmail.com --- Support this podcast: https://anchor.fm/alec-lace/support