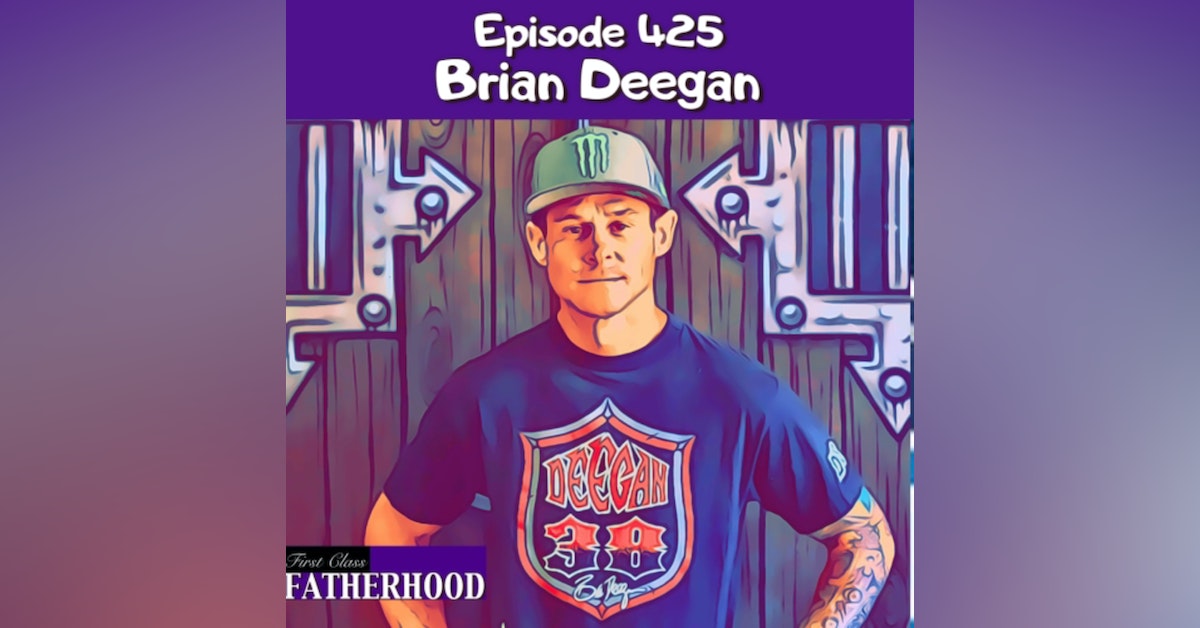 Episode 425 Brian Deegan is a First Class Father and Freestyle Motocross Legend. Brian is the most decorated Freestyle Motocross rider in the competition’s history with 14 X-Games medals to his name, including X Games Gold medal in Rally Cross. He also holds the elite distinction of being the only rider to compete in every X Games competition since the games’ inception. In the last year, Brian has dominated the off-road trucking world, taking both Lucas Oil Pro 2 Unlimited and Pro Lite Unlimited Championships, being named Lucas Oil Rookie of the Year in Pro 2 Unlimited, and taking home the 2011 Lucas Oil Driver of the Year. The talent in Brian’s family runs deep as his daughter Halie Deegan became the first female driver to have won races in the NASCAR K&N Pro Series West. Brian’s son Haiden, at 14 years old, is touted by many to be the next big thing in Supercross just a few years down the road. In this Episode, Brian shares his Fatherhood journey which includes 3 children. He describes his rise through the action sports world and how he went from rebel motocross rider to family man. He discusses his faith and how important it is in raising his kids. He talks about the success of his kids and what it’s like to watch them compete in dangerous sports. He takes us through one of his near death experiences and how it changed his life. He talks about his approach as a dad once his daughter became old enough to start dating. He offers some great advice for new or about to be Dads and more! BRIAN DEEGAN PODCAST - https://podcasts.apple.com/us/podcast/the-deegans/id1481631496 HIMALAYA BOTANIQUE TOOTHPASTE - https://www.amazon.com/Himalaya-Pomegranate-Fluoride-Free-Gluten-Free-Saccharin-Free/dp/B0026X3MKO Promo Code - Fatherhood Save 20% HIMALAYA - https://himalayausa.com MANSCAPED - https://www.manscaped.com Promo Code - Father Save 20% + Free Shipping Subscribe to First Class Fatherhood on YouTube - https://www.youtube.com/channel/UCCD6cjYptutjJWYlM0Kk6cQ More Ways To Listen - https://linktr.ee/alec_lace First Class Fatherhood Merch - https://shop.spreadshirt.com/first-class-fatherhood-/we+are+not+babysitters-A5d09ea872051763ad613ec8e?productType=812&sellable=3017x1aBoNI8jJe83pw5-812-7&appearance=1 Follow me on instagram - https://instagram.com/alec_lace?igshid=ebfecg0yvbap For information about becoming a Sponsor of First Class Fatherhood please hit me with an email: FirstClassFatherhood@gmail.com --- Support this podcast: https://anchor.fm/alec-lace/support