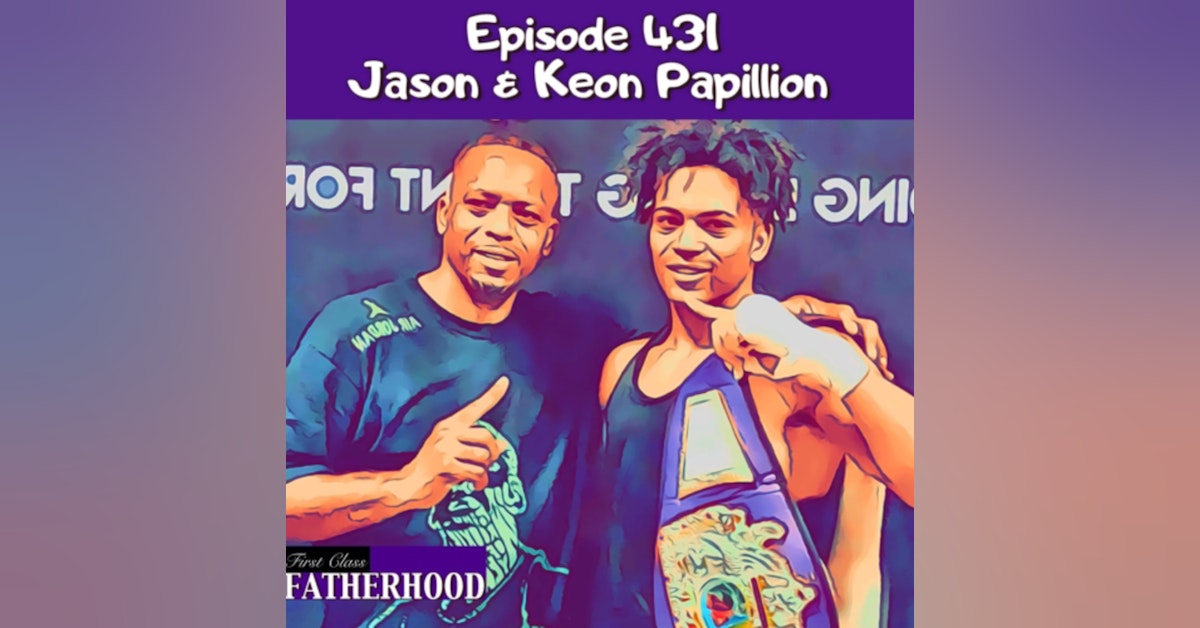 Episode 431 Jason & Keon Papillion join me for the first ever Father/Son edition of the podcast. Jason Papillion is a former professional Boxer who began his fight career back in 1992 and would eventually go on to become the NABF Super Welterweight Champion. During his career he fought top fighters such as Bronco McKart and Ronald “Winky” Wright. Jason’s son Keon is a 5x National Champion who is 1-0 as a professional boxer. He has big plans for what promises to be a successful career. In this Episode, Jason shares his Fatherhood journey and Keon talks about growing up with a professional boxer as a dad. Jason and Keon discuss the recent fight between Jake Paul and Nate Robinson and how the money they were paid was a slap in the face to real fighters. Jason describes how it feels to watch his son begin his professional boxing career. Keon talks about his upcoming second bout and his dreams of winning a title. Jason offers some great advice for new or about to be Dads and more! MANSCAPED - https://www.manscaped.com Promo Code - Father Save 20% + Free Shipping Subscribe to First Class Fatherhood on YouTube - https://www.youtube.com/channel/UCCD6cjYptutjJWYlM0Kk6cQ More Ways To Listen - https://linktr.ee/alec_lace First Class Fatherhood Merch - https://shop.spreadshirt.com/first-class-fatherhood-/we+are+not+babysitters-A5d09ea872051763ad613ec8e?productType=812&sellable=3017x1aBoNI8jJe83pw5-812-7&appearance=1 Follow me on instagram - https://instagram.com/alec_lace?igshid=ebfecg0yvbap For information about becoming a Sponsor of First Class Fatherhood please hit me with an email: FirstClassFatherhood@gmail.com --- Support this podcast: https://anchor.fm/alec-lace/support