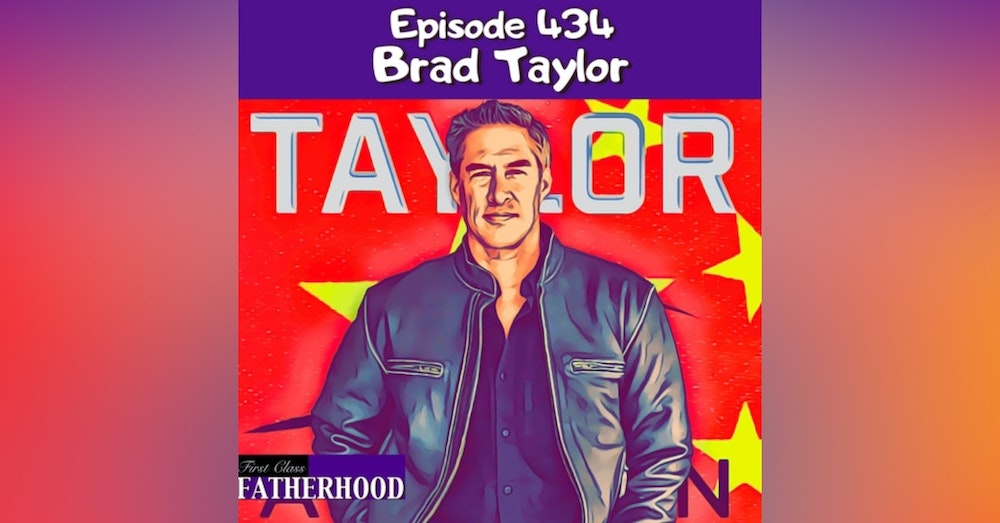 Episode 434 Brad Taylor is a First Class Father, Veteran and New York Times Best Selling Author. Brad served for more than 21 years, retiring as a Special Forces Lieutenant Colonel. During that time he held numerous Infantry and Special Forces positions, including eight years in 1st Special Forces Operational Detachment – Delta where he commanded multiple troops and a squadron. Brad’s new book, AMERICAN TRAITOR, is the latest installment of his Pike Logan series and it is now available. This is his second time joining me on First Class Fatherhood. In this Episode, Brad gives us an update on his two daughters and how the pandemic has affected their college and nursing school experiences. He talks about how he managed to get his girls through the challenging teenage years. He gives some encouraging words for parents whose kids have decided to join the military. He discusses his new book, AMERICAN TRAITOR and gives us some hints about the next installment of the series. He offers some great advice for new or about to be Dads and more! AMERICAN TRAITOR - https://www.amazon.com/American-Traitor-Pike-Logan-Novel-ebook/dp/B086SYNG85 Sign Up To Drive Uber - https://partners.uber.com/i/zgau5aj6d Uber Promo Code: 99N9K Subscribe to First Class Fatherhood on YouTube - https://www.youtube.com/channel/UCCD6cjYptutjJWYlM0Kk6cQ More Ways To Listen - https://linktr.ee/alec_lace First Class Fatherhood Merch - https://shop.spreadshirt.com/first-class-fatherhood-/we+are+not+babysitters-A5d09ea872051763ad613ec8e?productType=812&sellable=3017x1aBoNI8jJe83pw5-812-7&appearance=1 Follow me on instagram - https://instagram.com/alec_lace?igshid=ebfecg0yvbap For information about becoming a Sponsor of First Class Fatherhood please hit me with an email: FirstClassFatherhood@gmail.com --- Support this podcast: https://anchor.fm/alec-lace/support