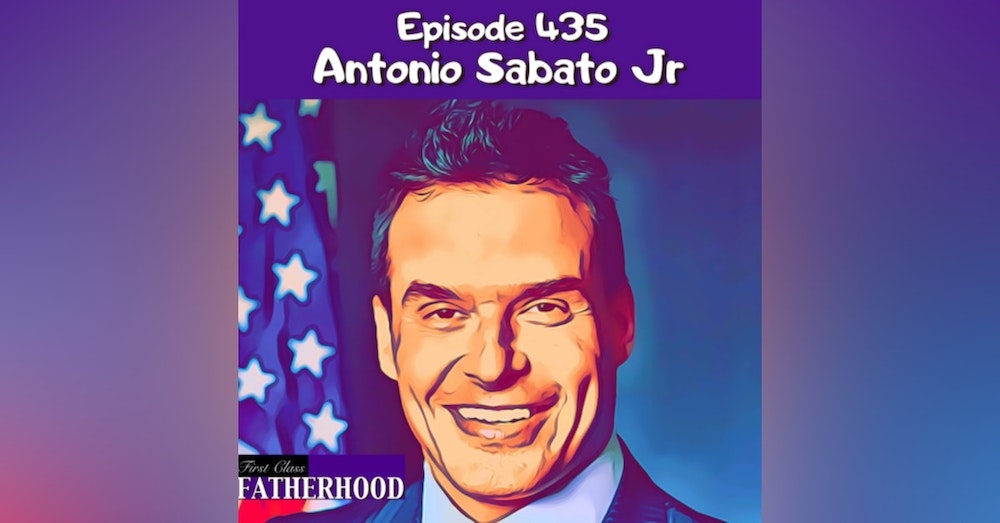 Episode 435 Antonio Sabato Jr. is a First Class Father, Actor, Model whose career has spanned more than three decades. Antonio immigrated to California in 1985 seeking a better life with his mother and sister. As a young man, Antonio went on to establish a successful career as a model and actor starring in numerous successful television shows and movies, including “General Hospital,” “Earth 2,” “CSI:NY,” and “Melrose Place,” as well as serving as the face of household names like Calvin Klein. In the height of his early acting and modeling career Antonio was named as one of People’s Sexiest Men Alive and starred in Mark Wahlberg’s smash hit, The Big Hit. Antonio recently announced plans to start his own film studio that promotes conservative entertainment and films. His latest book is titled Sabato: The Untold Story. In this Episode, Antonio shares his Fatherhood journey which includes three children, he describes the backlash he has faced for being a conservative in Hollywood and how that has affected his family. He discusses his faith and the importance of God in his family’s life. He talks about the news studio he is working on and the types of films he plans on making to elevate family values. He offers some great advice for new or about to be Dads and more! SABATO: THE UNTOLD STORY - https://www.amazon.com/Sabato-Untold-Story-Antonio-Jr/dp/B08FP9XBW8 AMERICAN TRAITOR - https://www.amazon.com/American-Traitor-Pike-Logan-Novel-ebook/dp/B086SYNG85 Sign Up To Drive Uber - https://partners.uber.com/i/zgau5aj6d Uber Promo Code: 99N9K Subscribe to First Class Fatherhood on YouTube - https://www.youtube.com/channel/UCCD6cjYptutjJWYlM0Kk6cQ More Ways To Listen - https://linktr.ee/alec_lace First Class Fatherhood Merch - https://shop.spreadshirt.com/first-class-fatherhood-/we+are+not+babysitters-A5d09ea872051763ad613ec8e?productType=812&sellable=3017x1aBoNI8jJe83pw5-812-7&appearance=1 Follow me on instagram - https://instagram.com/alec_lace?igshid=ebfecg0yvbap For information about becoming a Sponsor of First Class Fatherhood please hit me with an email: FirstClassFatherhood@gmail.com --- Support this podcast: https://anchor.fm/alec-lace/support