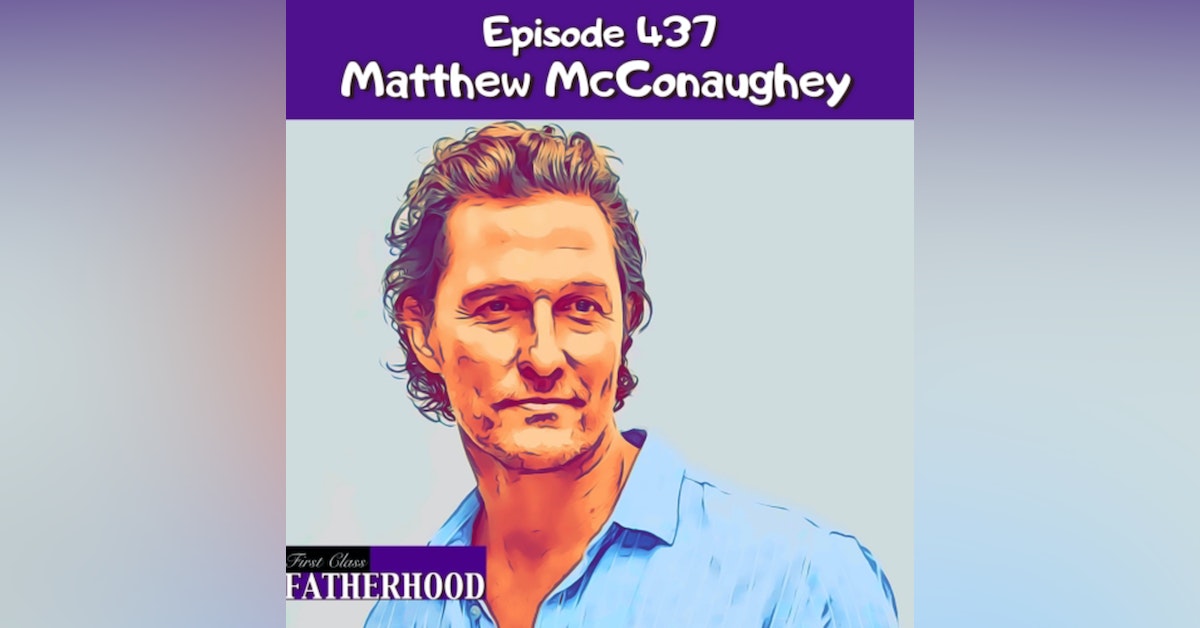 Episode 437 Matthew McConaughey is a First Class Father and Academy Award winning actor. He has starred in blockbuster movies including DALLAS BUYERS CLUB, INTERSTELLAR, MAGIC MIKE, THE LINCOLN LAWYER and many others as well the smash hit HBO Crime Drama TRUE DETECTIVE. He has won numerous awards including the Oscar and the Golden Globe for Best Actor. He is now a New York Times Bestselling Author of GREENLIGHTS. In this Episode, Matthew shares his Fatherhood journey which includes three children. He discusses his new book GREENLIGHTS and why he decided to write it. He talks about the Fatherless epidemic in America and the importance of Fatherhood and Family Life. He describes his love of being a father and how it has changed him as a man. He talks about the differences between how he was raised and how he and his wife Camila are raising their children. He tells us who he would like to see play himself in a movie, he offers some great advice for new or about to be Dads and more! GREENLIGHTS - https://www.amazon.com/Greenlights-Matthew-McConaughey/dp/0593139135 UFC 257 Interviews DANA WHITE - https://youtu.be/5qCOX57UYpg DUSTIN POIRIER - https://youtu.be/Ndxoq8eUUUg AUDIE ATTAR - https://youtu.be/p8wXwlLjXlc Subscribe to First Class Fatherhood on YouTube - https://www.youtube.com/channel/UCCD6cjYptutjJWYlM0Kk6cQ More Ways To Listen - https://linktr.ee/alec_lace First Class Fatherhood Merch - https://shop.spreadshirt.com/first-class-fatherhood-/we+are+not+babysitters-A5d09ea872051763ad613ec8e?productType=812&sellable=3017x1aBoNI8jJe83pw5-812-7&appearance=1 Follow me on instagram - https://instagram.com/alec_lace?igshid=ebfecg0yvbap For information about becoming a Sponsor of First Class Fatherhood please hit me with an email: FirstClassFatherhood@gmail.com --- Support this podcast: https://anchor.fm/alec-lace/support