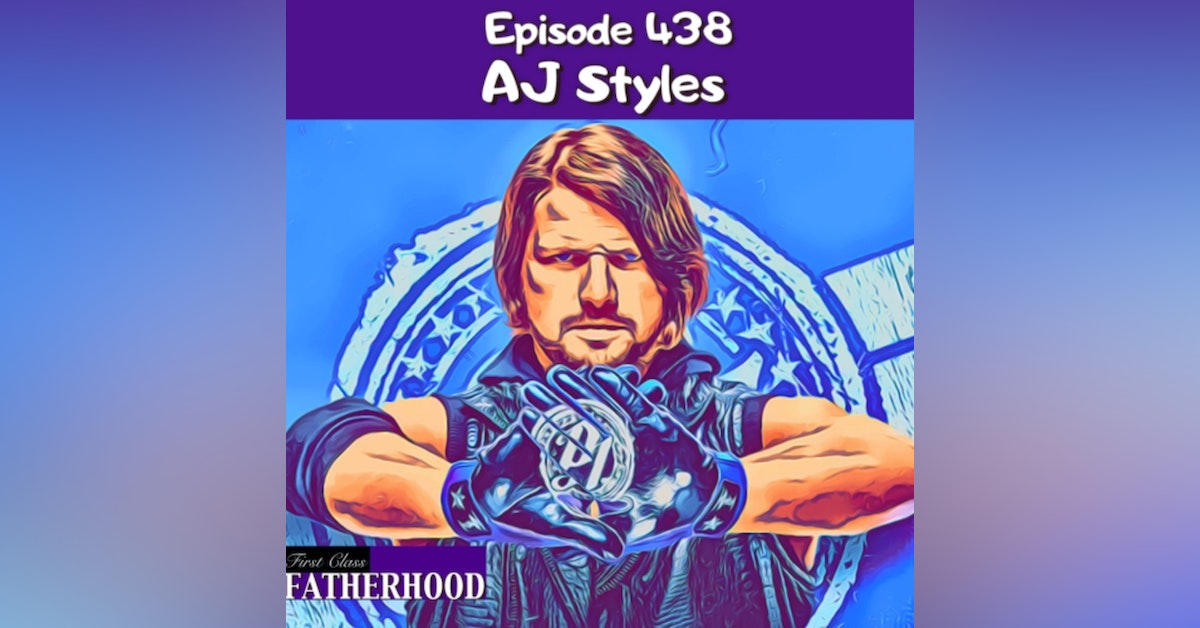 Episode 438 AJ Styles is a First Class Father and WWE Superstar. AJ is one of the world's best professional wrestlers who has headlined numerous pay-per-view events internationally, including the premier events of WWE and TNA, WrestleMania and Bound for Glory. Since making his long-awaited WWE debut in the 2016 Royal Rumble Match, The Phenomenal One has brawled with the likes of Roman Reigns, Kevin Owens, Shinsuke Nakamura and Brock Lesnar, and has further solidified his abilities with big victories over John Cena, Randy Orton and Daniel Bryan, all while backing up his claim that SmackDown is "The House that AJ Styles Built!" Hewas recently featured in WWE Network UNTOLD: AJ STYLES ROYAL RUMBLE DEBUT. In this Episode, AJ shares his Fatherhood journey which includes four children. He discusses his rise to the WWE which was 17 years in the making. He describes his love of gaming and his latest arcade game purchase. He tells us which one of his kids he thinks may become a wrestler. He talks about UNTOLD: AJ STYLES ROYAL RUMBLE DEBUT. He offers some great advice for new or about to be Dads and more! GREENLIGHTS - https://www.amazon.com/Greenlights-Matthew-McConaughey/dp/0593139135 AMERICAN TRAITOR - https://www.amazon.com/American-Traitor-Pike-Logan-Novel-ebook/dp/B086SYNG85 Subscribe to First Class Fatherhood on YouTube - https://www.youtube.com/channel/UCCD6cjYptutjJWYlM0Kk6cQ More Ways To Listen - https://linktr.ee/alec_lace First Class Fatherhood Merch - https://shop.spreadshirt.com/first-class-fatherhood-/we+are+not+babysitters-A5d09ea872051763ad613ec8e?productType=812&sellable=3017x1aBoNI8jJe83pw5-812-7&appearance=1 Follow me on instagram - https://instagram.com/alec_lace?igshid=ebfecg0yvbap For information about becoming a Sponsor of First Class Fatherhood please hit me with an email: FirstClassFatherhood@gmail.com --- Support this podcast: https://anchor.fm/alec-lace/support