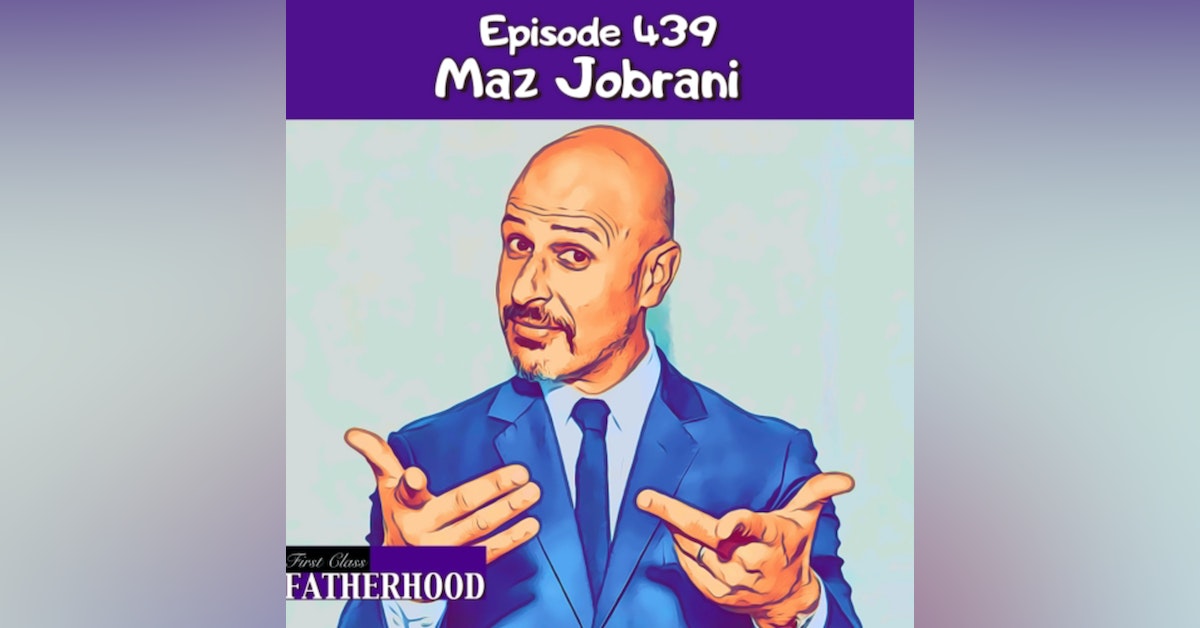 Episode 439 Maz Jobrani is a First Class Father, Stand-up Comedian and actor. His new standup comedy special PANDEMIC WARRIOR is now available for streaming on PeacockTV. As an actor, he was most recently seen playing the loveable “Fawz” on the CBS comedy SUPERIOR DONUTS. He has also been a regular guest on THE LATE SHOW WITH STEPHEN COLBERT and THE LATE LATE SHOW WITH JAMES CORDEN. Maz’s other standup comedy specials include IMMIGRANT, which was filmed at the prestigious Kennedy Center and is a NETFLIX original, as well as 3 additional solo specials on SHOWTIME: BROWN AND FRIENDLY, I COME IN PEACE, and I’M NOT A TERRORIST, BUT I’VE PLAYED ONE ON TV. He is also the host of his own podcast, BACK TO SCHOOL WITH MAZ JOBRANI on the All Things Comedy Network. In this Episode, Maz shares his Fatherhood journey which includes two children. He discusses the changes and challenges of doing stand-up comedy during the pandemic. He describes the relationship of Irainian families compared to American families. He talks about his Podcast BACK TO SCHOOL WITH MAZ JOBRANI and his new comedy special PANDEMIC WARRIOR. He offers some great advice for new or about to be Dads and more! BACK TO SCHOOL WITH MAZ JOBRANI - https://www.mazjobrani.com/back-to-school-with-maz-jobrani-podcast/ GREENLIGHTS - https://www.amazon.com/Greenlights-Matthew-McConaughey/dp/0593139135 Sign Up To Drive Uber - https://partners.uber.com/i/zgau5aj6d Uber Promo Code: 99N9K Subscribe to First Class Fatherhood on YouTube - https://www.youtube.com/channel/UCCD6cjYptutjJWYlM0Kk6cQ More Ways To Listen - https://linktr.ee/alec_lace First Class Fatherhood Merch - https://shop.spreadshirt.com/first-class-fatherhood-/we+are+not+babysitters-A5d09ea872051763ad613ec8e?productType=812&sellable=3017x1aBoNI8jJe83pw5-812-7&appearance=1 Follow me on instagram - https://instagram.com/alec_lace?igshid=ebfecg0yvbap For information about becoming a Sponsor of First Class Fatherhood please hit me with an email: FirstClassFatherhood@gmail.com --- Support this podcast: https://anchor.fm/alec-lace/support